The liver can not be undervalued. It is essential in digesting food and filtering toxic substances out of your body.

Unfortunately, untreated liver disease can lead to organ failure, which can affect many organs and cause complications such as bleeding and infection.

Keep reading to find out everything you need to know about liver disease.

What is liver disease?

Liver disease is also known as hepatic disease. It is often used as a general term that refers to any condition affecting the liver.

Liver disease can be inherited or genetic. However, certain environmental factors that cause liver disease can occur through the DNA damage caused by viruses such as hepatitis B virus or hepatitis C virus and heavy alcohol consumption. These affect the liver’s inherent ability to regenerate and repair its DNA contributing to liver disease.

Liver disease may develop for these reasons, but these conditions can damage the liver and affect its function. Also, when the course of the problem lasts long, it becomes chronic. However, both acute or chronic damage and liver failure may eventually result in death.

How common is liver disease?

Worldwide, liver disease accounts for approximately 2 million deaths per year. One million deaths are due to complications of cirrhosis, while the other million are due to viral hepatitis and hepatocellular carcinoma.

Interestingly, there are more than a hundred different kinds of liver disease. The most common are hepatitis, autoimmune conditions, fatty liver disease, cirrhosis, liver cancer, and liver failure. We discuss these conditions below.

Hepatitis is inflammation of the liver. It is often caused by viruses that damage the liver, making it difficult to function normally.

There are different types of hepatitis viruses are as follows:

Although most types of viral hepatitis are contagious, vaccination can help prevent it. You can reduce your risk by getting vaccinated for types A and B. Other preventive steps include using condoms during sex and not sharing needles.

There are two major types of fatty liver disease leading to fat buildup in the liver and other effects. These types are:

As the name suggests, it is caused by heavy alcohol consumption. In the early stages of alcoholic liver disease, the fat build-up in the liver cells increases due to more fatty substances being produced versus the amount breakdown by bile.

Progression of the disease can lead to inflammation and subsequent scarring and can even lead to a form of liver cancer known as hepatocellular carcinoma.

This results in a similar condition to alcoholic liver disease, however, other factors besides alcohol intake cause it. Such as:

If there is no management, both types of fatty liver disease lead to liver damage, cirrhosis or scarring, and liver failure.

Several genetic conditions, which can be inherited from one parent, can also affect your liver and cause damage due to the lack of some enzymes or genes needed for the liver’s normal function. These include:

Certain drugs and supplements can lead to liver damage if your body becomes exposed to them. In addition, if you don’t stop the medication in time, it can become chronic.

The most common type of primary liver cancer is hepatocellular carcinoma which is usually caused by the complications of untreated liver diseases. It starts as tiny as spots within the liver before expanding.

Cirrhosis is defined as scarring within the liver tissue due to other liver diseases and causes of liver damage such as syphilis and cystic fibrosis, although less common.

Even though the liver can regenerate in response to injury, this regeneration process results in the development of scar tissue which affects its ability to function correctly.

The underlying causes can be resolved and treated if managed in the early stages. However, without treatment, it can lead to complications that can even be life-threatening.

Chronic liver failure is often the result of any type of liver failure. It occurs when a significant part of your liver is damaged, so it can’t function properly.

Acute liver failure can happen suddenly, usually due to overdosing or poisoning. Generally, though, progress to chronic liver failure is a slow process with many telltale signs and symptoms.

Signs and symptoms of liver disease

Liver disease might not always cause noticeable symptoms. Also, since there are a variety of liver diseases, the symptoms tend to be specific for that illness and depend on the underlying cause until late-stage liver disease and liver failure occur.

At the early stage of liver disease, one can experience the following symptoms:

However, the classic symptoms of liver disease are nausea, vomiting, pain in the upper right side of the abdomen, and jaundice. Jaundice is a sign which shows yellow discoloration of the skin and sometimes the eyes due to elevated bilirubin concentrations in the bloodstream.

There can also be the following symptoms as liver disease progress:

It’s essential to tell your doctor all the symptoms that affect you. If you have liver disease, you should see your doctor whenever you have new or worsening symptoms.

Every type of liver disease has its cause, as we discussed earlier. These include:

Infections by parasites and viruses cause inflammation that reduces liver function. The most common liver infections are hepatitis viruses, including Hepatitis A, Hepatitis B, and Hepatitis C.

Autoimmune diseases occur when the immune system attacks certain parts of your body and the liver. Common autoimmune liver diseases include:

Abnormal genes inherited from one or both parents can cause liver damage due to improper function that causes various substances to build up in your liver. Genetic liver diseases include:

Additionally, other causes of liver diseases include:

Factors that may increase your risk of liver disease include:

Your healthcare provider or doctor may recommend one or more of these diagnostic tests and procedures as part of evaluating liver disease:

A blood test to detect the liver’s health. These include:

An ultrasound can help visualize and determine the cause of liver failure.

A CT scan can be used to detect any abnormalities.

MRI of the liver is performed to identify the cause and severity of the condition.

Liver diseases are often progressive, meaning they tend to get worse over time. Therefore, the doctor needs to know your illness and its stage since this will affect treatment.

However, possible treatments include:

Some liver diseases can raise your risk of developing liver cancer. For instance, chronic infection with hepatitis viruses such as HBV or HCV can increase this risk.

If you don’t receive treatment for these conditions, they will continue to damage your liver, leading to cirrhosis, which scars the liver. Subsequently, this affected and damaged liver will lose its ability to function since there is not enough healthy tissue. Liver disease that progresses can eventually lead to liver failure and these other complications:

If found early, many liver diseases should be manageable through regular screenings and checkups. Also, with early treatment and beneficial lifestyle changes, many people can avoid severe liver damage and prevent liver failure.

However, permanent damage can occur without treatment, leading to complications. Therefore, once cirrhosis and severe scarring have started and cannot be reversed, a liver transplant is the only viable option.

Ways to reduce your risk of liver disease

Generally, focusing on a nutritious diet and having regular physical exercise is beneficial and prevents liver disease. Other health-conscious steps include:

The liver is vital to many bodily functions, including digesting food, processing, and distributing nutrients. However, many kinds of liver diseases and conditions can affect it, such as hepatitis, caused by viruses and others resulting from particular medicines or drinking too much alcohol. However, long-lasting injury to the liver can cause scar tissue to form and lead to cirrhosis.

If liver disease is found early, it has a better prognosis. Although, many causes of liver disease can be prevented by people taking the proper steps.

One can prevent liver disease by restricting alcohol intake, getting the hepatitis B vaccination, and maintaining a healthy lifestyle through eating well and exercising regularly.

Does Milk Thistle Help Your Liver? 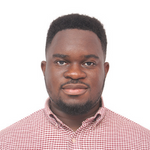