Everyone may develop an infection at some stage in their life.

While a healthy immune system clears up many of the infections itself or with the help of medicines, some diseases can persist and progress to life-threatening complications.

Sepsis is one of these life-threatening conditions. It is one of the most common causes of multi-organ failure. Therefore, knowing the warning signs of sepsis is vital and could help save a life.

Keep reading to find out what they are.

Sepsis is an emergency medical condition caused by the body’s response to an infection. It can be life-threatening.

Normally, your immune system is on your side, fighting bacteria, fungi, viruses, and parasites to keep you healthy. Medical professionals aren’t sure why, but sometimes your immune system stops fighting the invading germs and starts fighting its own body. This is how sepsis occurs and progresses.

Sepsis requires the presence of an infection that spreads widely throughout the body. Inflammation and blood clotting associated with sepsis leads to reduced blood flow to limbs and vital organs. It can ultimately lead to organ failure and even death. The mortality rate from severe sepsis is more than 30%.

Signs and Symptoms of Sepsis

All types of sepsis have the following common signs and symptoms:

The severity of the signs and symptoms should prompt immediate medical consultation.

You can notice the following warning signs:

Any infection can lead to sepsis, but the following types of infections are most likely:

Similarly, the following germs are particularly notorious for causing infections that can later lead to sepsis:

Anyone can develop an infection leading to sepsis. Particular causative factors are not known.

Septic shock and its symptoms

Septic shock is a life-threatening condition that happens when sepsis is not managed at its earliest stage. It is a severe form of sepsis.

When sepsis is left untreated, toxins released by bacteria can damage the blood vessels causing them to leak the fluid into nearby areas. This can affect your heart’s ability to supply blood to your organs. Blood pressure decreases, and blood doesn’t reach vital organs such as the brain and liver.

Symptoms of septic shock are similar to sepsis but severe in intensity. These include:

Seek urgent medical consultation from your doctor if you’ve recently had an infection or injury and you have possible signs and symptoms of sepsis. If sepsis is suspected, you’ll have to visit the hospital for further diagnosis and treatment.

Meanwhile, severe sepsis and septic shock are medical emergencies. If you think you or someone around you has these conditions, rush straight to the emergency room or dial 911 if you’re in the US or 999 in the UK.

Sepsis can’t be solely diagnosed based on an infection itself. Its diagnosis is mainly based on signs and symptoms.

If you have more than one warning sign, already have an infection, or have apparent risk factors, your doctor might suspect sepsis.

Clinical criteria to diagnose sepsis is based upon these symptoms:

Medically, doctors confirm sepsis if you have suspected infection with two or more of the following:

Other tests that can help determine the type of infection, its location, and the level of damage to the body include:

Sepsis can quickly progress to septic shock and death if it’s not treated timely.

Doctors tend to recommend the following medications to manage sepsis:

Severe sepsis may also require plenty of IV fluids and a respiratory aid for breathing. Dialysis might be necessary if the kidneys are damaged. Kidneys help clear harmful wastes, salt, and excess water from our bodies.

Excretion of these wastes out of our body is necessary. In dialysis, a machine is used to clear the body of these harmful substances. Severe cases of sepsis may be managed by surgery to remove the source of infection.

The probability of surviving sepsis and septic shock will depend on:

Complications of septic shock can include:

These are serious health complications that will need to be treated urgently.

Septic shock can lead to death because of complications like these.

Some individuals can make a full recovery fairly quickly.

The time needed to recover from sepsis varies, depending on:

You may suffer from the following physical symptoms featuring recovery period:

These long-term problems are post-sepsis syndrome.

Not everyone experiences these symptoms.

Sepsis is a severe condition caused by an infection from a germ such as a bacterium. It leads to blood poisoning and blood clots, decreasing the blood flow to the vital organs. This leads to the development of sepsis symptoms.

Decreased blood pressure and organ dysfunction lead to severe sepsis, which is also called septic shock. Immediate medical consultation and management are necessary if you’re suffering from the symptoms of sepsis. Otherwise, it could lead to complications and can be fatal. 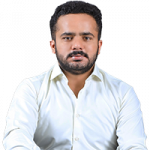 Dr. Kashif Raza MD is working as PGR (Post Graduate Resident/Registrar) of Internal Medicine in Nishtar Hospital Multan. He belongs to the rare progeny of healthcare professionals registered with the Pakistan Medical Commission (PMC) as Registered Medical Practitioners (RMPs). In his free time, he’s a reader and a curious researcher.