When talking about people’s mental health generally, if there’s one thing we have learned that makes sense, it is that – staying away from stress is the best thing ever that they could do!

Stress is undoubtedly unhealthy, and one must do everything in their power to avoid it. However, there is a form of stress inside our bodies and is not exactly in our control.

This form of stress is popularly referred to as ‘Oxidative Stress.’ Any amount that exceeds its below normal range is considered an alarming sign for the body.

If the oxidative stress is not eliminated from the body completely, it could trigger unwanted effects in the body and alter normal functioning. This leads to further health complications.

What is oxidative stress?

Oxidative stress is a disturbance in the balance between the production of reactive oxygen species (free radicals) and antioxidant defenses. As discussed above, it is a form of stress in our body that isn’t entirely in our control.

When the amount of oxidative stress in the body exceeds the normal range, it is alarming for your body, which can lead to health complications such as sexual dysfunction.

Once present inside a person’s body, oxidative stress starts exerting its unwanted effects first on a cellular level and then, as it intensifies, involves whole organs and systems of the body.

Among all the impacts of oxidative stress on an individual’s body, sexual dysfunction is also one of such effects.

It can impact sexual dysfunction in both males and females. In both the sexes, the interaction between the Reactive Oxygen Species and the Reaction Nitrogen Species was responsible for driving some of those impacts that cause the dysfunction or infertility in the first place.

Let us now see how oxidative stress has a harmful impact on the sexual functioning of both males and females:

A successful erection is achieved by a male when a couple of cavernosal, hormonal, neurological, psychological, and vascular factors work to perform their jobs as directed. Any disturbance in any of these factors could lead to a temporary or a long-term case of erectile dysfunction, which then alters the fertility status.

Similarly, the role of Nitric Oxide among other vital mediators is of great importance in maintaining a successful erection, as it works to keep the penile tone.

A famous hypothesis was formulated regarding the implication of Nitric Oxide (NO) and ROS that resulted in Erectile Dysfunction in males.

Peroxynitrite is less potent than nitric oxide and delays or even prevents the cavernous tissues from regaining their original tension, thus giving rise to erectile dysfunction.

Similarly, females also underwent some changes in their normal sexual functioning once exposed to the atrocities of the oxidative stress exerted on their bodies.

In females, the presence of Reactive Oxygen Species was seen to have a more significant impact on the menstrual cycle, both phase-wise and whole. The oxidative stress keeps on varying during the different phases of the menstrual cycle. It even leads to favorable changes in the female’s body before her menstrual cycle begins.

But apart from these favorable changes, oxidative stress was again found to be playing its role in the development and pathogenesis of conditions such as endometriosis, unexplained causes of infertility, and tubal factor infertility.

Both the favorable and unfavorable roles of oxidative stress in females are quite a puzzle in itself. Therefore, it needs further studies and research to learn more about the topic itself.

In terms of sexual dysfunction, there are plenty of hopeful and successful treatment options that work to eliminate or reverse the abnormal condition in males.

But when it comes to talking about sexual dysfunction that arises due to oxidative stress, then the only sensible solution that sounds convincing is eliminating the oxidative stress itself from the body.

Once the oxidative stress is scavenged or degraded, the condition could easily be reversed through adequate treatment at that time.

There are several ways of ending oxidative stress in the body. The first and foremost is to increase those ‘warriors’ or ‘antioxidants’ that fight with these freely-roaming free radicals that keep on spreading toxicity all around.

Then, it is best to get yourself checked and evaluated for the probable causes that promote oxidative stress in your bodies and get it eliminated through targeted and appropriate treatment regimens.

It is then hoped that with zero to no oxidative stress in your bodies, you can soon go back to enjoy your sexual lives with no stress and worries. And without fear that you may not perform as well as you previously used to in the past!

Oxidative stress is an unwanted undesirable effect, which when affects our bodies, leads to unwanted effects and health conditions.

Sexual dysfunction is another predominant side effect of oxidative stress that impacts the bodies of both males and females. It decreases the potent sexual functioning and makes a person prone to develop sexual disorders. Therefore, it is important to eliminate it from our bodies if a person wants to live healthily.

Once oxidative stress is cleared from our bodies, it is then hoped that with zero to no oxidative stress in your bodies, you can soon go back to enjoying your sexual lives with no stress and worries, and without fear that you may not perform as well as you previously used to in the past. 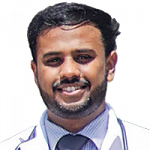 Dr. Akeel Salahudeen obtained his medical degree from the Nishtar Medical University, Pakistan. He is now an internal medicine intern at the Nishtar Hospital, Pakistan.