Peyronie’s disease (PD) is a connective tissue disorder and causes the shaft of the penis to deviate from either side.

This not only interferes with intercourse but also causes pain on erection.

About 5 in every 1000 men in the United States suffer from Peyronie’s disease, and that’s just the tip of the iceberg.

Research estimates that there are quite a large number of PD cases that don’t even reach the physician’s office. PD, just like other sexual disorders, is least talked about and swept under the rug to avoid embarrassment.

Structure of the Penis

The penis is the male copulatory organ made up of shaft and glans. The shaft of the penis contains three chambers, a pair of corpus cavernosa and corpus spongiosum, surrounded by fascial layers containing nerves, lymphatics, and blood vessels.

The corpora cavernosa contains erectile tissues that act as a reservoir of blood, surrounded by a sheath of connective tissue with relatively low elasticity.

The urethra, a tube-like structure that delivers the semen and urine, runs through corpus spongiosum that lies in the undersurface of corpora cavernosa as shown in the figure.

When the blood vessels in the penis receive signals from the brain, they dilate to open floodgates that cause a gush of blood to fill the corpora cavernosa.

As the penile tissue starts filling up with each pulse, the veins that drain the penis get compressed, blocking the drainage. This makes the penis erect – and keeps it erect until the arteries keep supplying extra blood to penile tissues.

Even the erection is intended to cease, the arteries constrict, decreasing the supply of blood to corpora cavernosa.

This eases the pressure on compressed veins present in surrounding tissue, thereby increasing the venous drainage and outpouring the blood from the erect penis.

What causes the curvature?

Peyronie’s disease is thought to be caused by the formation of scar tissue in the penis.

Scar tissue is formed when a damaged body tissue fails to heal properly and is then replaced by irregularly placed fibrous tissue.

The fibrous tissue has little to no elasticity and is thus incapable of expanding like the normal penile tissue.

When the blood starts pouring into the corpora cavernosa, the part of the penis that is damaged or replaced by scar/fibrous tissue fails to expand with the inflow of blood.

This causes local stricture that appears to “pull” the penis towards its side. Sometimes, the scar tissue is big enough to be seen or felt by the hands.

The cause of Peyronie’s Disease is yet to be discovered, but it is thought to be multifactorial. The following factors play an essential role in the development of PD:

The defect in collagen synthesis and deposition leads to structural abnormalities. Thus PD is often associated with other disorders as well, such as Dupuytren’s contracture.

Certain factors do not independently cause Peyronie’s disease but are found to be more common in men with PD. These include:

Signs and symptoms of Peyronie’s disease

Like all other diseases, Peyronie’s disease also presents with certain symptoms that can make its diagnosis clear.

Other than pain with or without an erection, a person may or may not feel any other symptoms at all. Asymptomatic diseases are more likely to go undiagnosed.

The signs and symptoms of Peyronie’s disease include:

A person with Peyronie’s disease will notice a curve in the penis that can occur spontaneously and has the ability to worsen over time. The shaft of the penis curves and deviates up, down, or either side.

Excessive changes in the penile structure might hinder sexual activities.

Changes in the shape of the penis, such as narrowing and shortening of the penis, can also occur in PD. It can appear gradually or suddenly, depending upon the severity of the disease.

In some cases, the pain might cease, but the curvature of the penis persists, although problems related to erectile dysfunction or intercourse can take place in both situations.

The penis can have a hard, non-tender lump. These lumps or nodules can be felt with hands and are thus confused with swelling by the person.

Consult your physician if you’re feeling an irregular swelling on your penis to get a proper diagnosis.

A person with Peyronie’s disease feels an unpleasant sensation during or after copulation.

Pain can also be present during and after erection. This pain is usually associated as a result of the bend and curvature of the shaft.

The pathophysiology of pain is a result of the fibrotic scar and plaque that has formed within the penis.

In PD, the shaft of the penis might become shorter due to fibrosis.

Erectile dysfunction is an inability to get an erection or maintain a harder erection required for penetration.

The non-elastic fibrous tissue prevents the filling of corpora cavernosa and thus hampers the ability to maintain an erection.

The signs mentioned above and symptoms are classical features that, when noticed and reported, can help in the diagnosis and treatment of the disease before it progresses to a stage where it can no longer be cured.

Early diagnosis is the key to every treatment. The first and foremost method to diagnose a disease is to look for the early signs and symptoms presented by the affected patient.

A detailed medical history is a must. A complete and comprehensive history can lead halfway to the diagnosis. It involves asking the patient-relevant questions related to the symptoms he has been observing.

The questions can include:

The examination includes visualizing the physical aspects of the genital. Your doctor would feel the penis in an un-erected state to check the amount of scar tissue.

Palpation is also done to feel the lumps if any. It is one of the classical features to rule out the disease from others. Taking measurements also helps to see whether the penis has shortened overtime or not.

The second part of the diagnosis warrants the use of tools for the investigation of the disease.

This includes a series of tests such as Ultrasound and X-rays. The latter is not commonly involved in the detection of Peyronie’s disease, therefore, Ultrasound is more preferred.

The defect in the penile angle becomes more evident on erection, and therefore, the physician injects a cavernous injection into the penis to make it erect before the ultrasonic imaging.

If the lump or plaque is hard and tender on percussion (painful to touch), it will be easily caught on the Ultrasound.

A blood flow test can be performed by a color Doppler ultrasound.

Treating Peyronie’s Disease is a medical challenge. Medical advancement has been going on to cure the PD completely. Quite a lot of effective treatment options are available for PD. There are always two sides to a treatment:

An ideal treatment involves little or no invasive procedures. The choice of therapy is based on the severity and extent of the disease.

Medical treatment is mostly therapeutic and is administered systemically, locally, or intralesionally.

Systemic drugs are given orally or injected at any site in the body, other than the penis. These include:

For prompt effects, some drugs can be injected directly at the site of the lesion. These include:

The side-effects of intralesional injections include allergic reactions, risk of infection transmission, pain at the injection site, and failure of therapy.

When the disease has become chronic in nature, and medical therapies have failed to show any response, the surgical option becomes the treatment of choice.

Although the surgical treatments are invasive and lengthy, they are worth considering for long-term benefits.

Components of the surgical therapy;

This technique aims to equalize both sides of the penis. Depending upon the size, either shortening or lengthening is required. The plication technique usually shortens the longer side.

Plication technique is only indicated in the patient’s having a reasonable erectile function, adequate penile length, and patients free of hourglass-type narrowing.

When patients present with a circumferential plaque that leads to hourglass-deformity, they cannot be treated with plication techniques, and hence, they need to undergo a graft-based technique.

Studies have found the penile straightening for up to 96% after the use of grafts.

Patients who undergo this surgery are reported to have remedied erectile dysfunction and can feel their organs again.

Newer research has introduced the uses of porcine small intestine submucosa and human pericardium as new materials for the grafting technique.

When both the medical and surgical therapy fails, prosthesis techniques are recommended. This intervention gives marvelous results and can be used with the modern inflatable prosthesis.

The method only requires intraoperative modeling without increasing the rate of revision.

For severe cases where plaque retention is massive, grafting might be required during the prosthesis placement.

The Demerits of using surgical and prosthetic options is that they are invasive procedures and require incision and tearing of the tissues.

This increases the chances of postoperative infections and complications. Also, these procedures are expensive and require fine surgical skills.

A person experiencing sexual dysfunction is more likely to lose his self-esteem, which can have a significant impact on intimate relationships.

Therefore, prompt diagnosis and early treatment of Peyronie’s disease are necessary to decrease morbidity and restore healthy and jovial lifestyles. Peyronie’s disease is treatable; you have to overcome the fear of expressing it. 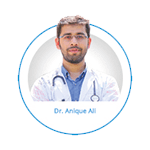