As the global incidence of diabetes rises, so does this incidence of other comorbidities, illnesses, and death.

Worldwide, the WHO (World Health Organization) speculates that by the year 2050, there will be over 9 million people with the diagnosis of diabetes mellitus 12.

People with diabetes endure vascular changes as a result of the disease process. These changes will often result in complications. One of these complications is a stroke. If you have diabetes, your chances of having a stroke are 1.5 times higher than in people who don’t have diabetes 11.

Type 1 diabetes is an autoimmune disease. Identified in the past as Juvenile diabetes, as it appeared in young people. In this disease state, the body begins to attack the beta cells of the pancreas. The beta cells are responsible for making insulin.

The damage is, unfortunately, permanent. The body doesn’t produce insulin and requires insulin. Scientists believe the attack is genetic and environmental.

Type One diabetes can cause these symptoms and a situation called Diabetic Ketoacidosis.

High blood sugars lead to the buildup of an acid called ketones. The buildup of ketones can lead to unresponsiveness and a coma state.

Type 2 diabetes is often the result of dysfunction in the body’s symptoms. Often we see a deterioration in pancreatic function that slows insulin production. The pancreas is an endocrine organ. Each gland in the endocrine system produces specific hormones that allow cells to “communicate” with each other.

Hormones produced within the endocrine system include insulin and glucagon. These ensure you have the right amount of sugar in your bloodstream and your cells. Increased consumption of refined carbohydrates and fats results in visceral central adiposity. In obese individuals, it has increased by up to 40%.

Visceral fat found within the abdominal cavity surrounds vital organs. Visceral adipose tissue is termed as an “active fat.” It has specific compounds that increase the likelihood of disease development.

Chronic insulin resistance relates to diet-induced inflammation. This leads to weight gain and causes the cells to have decreased insulin sensitivity. Syndrome X is a cluster of disease symptoms. These include abnormal cholesterol or triglyceride level, abdominal fat, elevated blood pressure, and high blood sugar. As this develops, other health concerns emerge.

Strokes are a cardiovascular disease that increases morbidity and mortality in diabetic patients. Diabetes mellitus patients, especially type 2, are likely to have cardiometabolic risk factors.

Type 1 diabetes also increases the risk of stroke but to a lesser degree. The longer you have uncontrolled diabetes, the higher the chances of developing heart disease. A stroke occurs when blood vessels in the body get damaged, resulting in vascular disease.

The most common cause of death among diabetic patients is stroke and heart attack. Ischemic stroke, acute stroke, and hemorrhagic stroke are the most common types. Inappropriate management of blood sugars elevates the risk of recurrent strokes.

Hyperglycaemia is present in ⅔ of stroke victims, and the severity of outcomes is closely related.5 A Heart attack (also known as a myocardial infarction) occurs when there is a sudden thrombosis ( blood clot) ) of the heart muscle that results in the cell death of part of the heart.

Depending on the severity of the attack, there are many treatment options. These include angioplasty, anticoagulation medication, bypass surgery, and stent placement. According to the American Heart Association,

Adults with diabetes are two to four times more likely to die from heart disease than adults without diabetes.2 Atrial fibrillation consists of a fast or irregular heartbeat. Some symptoms include exhaustion, lightheadedness, pain in the chest. This can be diagnosed during an EKG or stress test. Treatment consists of restoring the heart rhythm to normal, by way of catheter ablation and medication.6

An acute stroke happens when the brain’s blood flow is disrupted rapidly, causing cell death and tissue damage. When prompt medical attention is not given, it can result in permanent disability or even death. When a blockage disrupts the blood flow of a vessel, an Ischemic stroke occurs. The clot may occur inside of the blood vessel, or it can travel elsewhere in the body. The blood clot is saturated with lipids, called plaque.

When Ischemic stroke occurs in the blood vessel, the brain is not receiving the oxygen it needs. The result is tissue damage. The lack of oxygen and resulting tissue lend to stroke symptoms that we use to identify it as such.

When a sudden loss of blood flow occurs, an Acute Ischemic Stroke is noted. An acute situation results when there is an embolism in the cerebral artery. A transient ischemic attack (TIA) is a mini-stroke, but permanent damage is not done. One who suffers a TIA will likely later suffer an incident stroke

A lacunar stroke happens in a deep area of the brain. These areas of the brain receive their blood from specialized arteries. Lacunar strokes occur in small vessels that branch out to the larger main artery. High blood pressure often causes a lacunar stroke because of the pounding pressure it puts on the walls.

When blood vessels become weakened, they may rupture and bleed into the surrounding areas. Hemorrhagic stroke is caused by an aneurysm resulting from high blood pressure. The bleeding occurs on the exterior, in between the brain and skull. When brain tissues become submerged with blood, it compresses the tissue.

Treatment involves relieving the brain of the pressure from the bleed. Vascular dementia occurs in the left hemisphere of the brain. They have also called “mini-strokes” that lead to dementia-like behavior. Vascular dementia signs and symptoms include various degrees of cognitive impairment, including:

Stroke incidence across the globe is increasing. Diabetes alone is a risk factor and linked to high morbidity and mortality. With diabetes, it becomes harder for your body to respond to a stroke episode. The oxygen supply is cut off, so other arteries cannot serve as a bypass. Atherosclerosis causes the vessels to get clogged with a plaque or harden.

Recurrent strokes make up almost 25% of the nearly 800,000 strokes that occur annually in the United States”.2 In a Danish study, stroke mortality was explored and summarized.

Risk factors for diabetic patients include:

Blood pressure Is measured by both the flow and the resistance of the blood the heart pumps. A blood pressure reading is determined by measuring your systolic and diastolic blood pressures.

Systolic blood pressure (the top number) measures your heartbeat force on the artery walls when it beats.

Diastolic blood pressure (the bottom number) measures the force present on your arteries’ walls in between the heartbeats.

Obesity: Completing disease risk assessments includes measuring your waist size. If you are female and your waist is 35 inches or greater, or as a male 40 inches or more, you are at risk. A BMI of 30 or higher, which is a measurement of body fat, determines obesity. Central adiposity (midsection fat) is of most concern. This visceral adiposity causes a layer that makes it difficult for a hormonal response. Over time as this layer of fat develops insulin sensitivity decreases.

Dyslipidemia: Cholesterol levels are of significant importance when considering stroke risk. If blood sugar levels go uncontrolled, cholesterol levels will likely increase. Dyslipidemia occurs, and in particular, the LDL cholesterol (Low-density lipid) elevates. The build-up of LDL fat within the artery walls can cause an ischemic event and stroke. High blood pressure also can cause atherosclerosis. This condition involves fatty deposits build up along the walls of blood vessels.

When plaque is present, a clot can form inside one of these small arteries, blocking blood flow. Apob – Apolipoprotein B is a significant component of LDL Cholesterol. LDL Cholesterol termed “bad cholesterol” ” High levels of apo B represent an increased risk of heart disease. Many of the body’s cell receptors recognize apo B and promote the absorption of cholesterol into cells. This continued absorption finally leads to the formation of plaque that can cause vascular disease leading to heart disease “.4 High cholesterol levels are closely monitored in a diabetic patient.

Gestational diabetes (diabetes in pregnancy) is detected by an oral glucose tolerance test between 24-28 weeks gestation. Gestational Diabetes is diagnosed if abnormal amounts of glucose are in the urine. Many can control this type of diabetes with lifestyle changes. When treated, there is little risk of complications. Untreated, it may cause complications during and after birth. Another complication is the increased risk of a stroke. A study published in JAMA Internal Medicine looked at the impact of gestational diabetes on future heart disease risk. This study attributed a 43% higher risk of stroke occurrence in women who had gestational diabetes.4

How can you reduce your risk of stroke?

Suppose you are a person with an increased risk of developing cardiovascular disease because you have diabetes, coronary heart disease, or kidney disease. In that case, there are several proactive things you can do for stroke prevention.

In order to reduce your stroke risk, it is imperative to keep tight blood glucose control. Stress hyperglycemia Occurs when one lives a mostly sedentary lifestyle and is accompanied by insufficient insulin production. This occurs in the early stages of diabetes and pre-diabetes.

The prevalence of hyperglycemia, defined as has been observed in two-thirds of all ischemic stroke subtypes on admission and in at least 50% in each subtype, including lacunar stroke.10 These are suggested reference ranges, but your physician may provide specific ranges depending on diagnoses.

If you have been diagnosed with Prediabetes, your blood sugar range is higher than a healthy range. This is the window of opportunity to make some of the positive changes mentioned above.

Acute stroke patients may have cognitive dysfunction associated with strokes depend on the type occurred and the severity “The duration of diabetes and glycemic control may have an impact on the type and severity of cognitive impairment”.13

Vascular risk factors Factors that increase your risk of heart disease and stroke – including diabetes, high blood pressure, high cholesterol, and smoking – also raise your vascular dementia risk, many of which are modifiable. Stroke patients may be required Therapies to reteach lost skills such as speech, physical therapy, or occupational therapy depending on their cognitive function loss.

Diabetic patients are innately at a disadvantage for disease development and a diabetic stroke. Understanding your risks and proactively taking part in prevention is critical.

Self-management is crucial and means making small sustainable changes that make a positive impact. Learning self-care skills helps you be in control of your diabetes and other disease processes. Closely working with your health care team will prove to be the key to along and healthy life.

9 Ways To Prevent A Stroke. 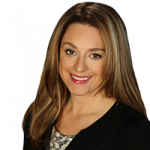 Erin has worked in the field of nutrition and the food industry for 16 years. Initially she studied Culinary Arts at Johnson and Wales University. She then went on to study nutrition at Syracuse University. She has served on the Genesee Dietetic Association Board, is part of the Diabetes Educators Association, and was a member of the Academy of Nutrition and Dietetics, and the Rochester Regional Center for Autism.