Blood glucose (blood sugar) is the sugar that is present in your bloodstream at any one time.

When carbohydrate foods (sugars and starches) are consumed, these get broken down into glucose that enters the bloodstream.

Your liver, through various processes, can also make glucose itself if needed. Blood glucose is used to supply energy to vital organs such as the brain and red blood cells.

Your body works hard to keep blood glucose within a very tight margin, as blood glucose that is too high or too low can be dangerous and in extreme cases can cause coma or death.

Blood glucose that is too high is known as hyperglycemia. Any carbohydrate-containing food such as starches, fruit, milk, yogurt, and sweets will raise blood glucose.

Usually, when blood glucose rises, your pancreas secretes a hormone known as insulin to bring it down quickly. Insulin works to ferry blood glucose into body cells where it can be used for energy.

However, if this system breaks down, hyperglycemia will result. The most common cause of hyperglycemia is diabetes, where insulin is not working correctly.

In type 1 diabetes, the body attacks its own pancreas, which wipes out all the insulin in the body. Without insulin, blood glucose has no way to get out of the bloodstream.

Alternatively, insulin can be normal or near-normal, but the body stops responding to it, this is known as insulin resistance, a hallmark of type 2 diabetes.

As diabetes advances, a combination of a lack of insulin, and insulin resistance causes hyperglycemia to worsen.

Hyperglycemia not caused by diabetes is rare and often temporary. Certain drugs, such as steroids and anti-psychotics, can cause hyperglycemia (2). Stress, illness, and hormone imbalances are other causes.

A mild amount of hyperglycemia typically presents without any signs and symptoms, which is why diabetes can remain undetected for several years.

When blood glucose rises to very high levels, it can cause excessive thirst and urination, dizziness, fatigue, blurred vision, and weight loss (3).

When blood glucose stays in the bloodstream, you are no longer getting the energy your body needs, and your body is forced to urinate out the excess sugar, this is why losing weight and feeling the need to go often to the bathroom are hallmark signs of untreated diabetes.

This can result in complications of hyperglycemia, such as what happens in very uncontrolled diabetes, you can wind up in the hospital with diabetic ketoacidosis.

Diabetic ketoacidosis is when your blood glucose is so high that your body is starving for energy and ends up creating its own form of energy using fat stores known as ketone bodies.

When blood glucose drops too low, usually under 70 mg/dl (3.9 mmol/L), this is known as hypoglycemia. Hypoglycemia is most commonly caused by diabetes medication such as sulfonylureas and insulin therapy.

These medications are used to lower blood glucose, but sometimes they can overcorrect and cause blood glucose to drop too low.

This can happen if somebody taking these medications skips meals, exercises more than usual, or takes the medications incorrectly.

Hypoglycemia is rare in those without diabetes, but can also be caused by kidney issues, certain GI problems, tumors, or liver disease.

While hyperglycemia can cause problems over several years, untreated hypoglycemia can be very serious in a matter of minutes.

Initially, symptoms of hypoglycemia can include dizziness, hunger, sweating, and nausea (4). Without glucose in the blood, the brain cannot get the energy it needs, which can eventually lead to seizures, coma, and even death.

Hypoglycemia also can be severe if it occurs when operating a motor vehicle or heavy machinery. Some people do not experience symptoms with hypoglycemia, known as hypoglycemia unawareness, for these people, it is especially important to check blood glucose (5) periodically.

Hyperglycemia and Hypoglycemia in Diabetes

Uncontrolled blood glucose is most commonly associated with diabetes. To review, diabetes is generally classified into two types.

In type 1 diabetes, the pancreas is unable to produce any insulin, and without insulin, the body has no method to lower blood glucose.

Type 2 diabetes is more common and is characterized by a progressive loss of insulin production combined with insulin resistance. A single instance of hyperglycemia is not enough to diagnose diabetes.

Although blood glucose is used for energy, too much of it in the blood can cause damage to the body over time.

High blood glucose can affect both large and small blood vessels in the body that can lead to damage in various organs. Damage to the eye caused by hyperglycemia is known as diabetic retinopathy, that can lead to blindness if untreated.

Untreated diabetes can also damage nerves, kidneys, and heart. Keeping blood glucose levels as normal as possible is essential to prevent these complications of diabetes.

The use of insulin and sulfonylurea medications are the primary cause of hypoglycemia in diabetes. These medications work by increasing insulin action to bring down blood glucose levels.

If blood glucose levels are already normal or low when these medications are taken, they can cause hypoglycemia. Once hypoglycemia is noticed, it is vital that measures are taken immediately to bring glucose back to normal levels.

When the body senses blood glucose dropping, a hormone known as glucagon is released to counter insulin and bring blood glucose back to a safe level (7). Often, this is not enough and a fast-acting sugar, such as a glucose tablet, will need to be consumed to restore blood glucose levels.

Best Supplements for Hypoglycemia and Hyperglycemia

Certain dietary supplements have been shown to help manage blood glucose problems. For diabetes patients, supplements should be used along with changes in diet and lifestyle for the optimization of blood glucose management.

Alpha-alanine is an amino acid and one of the building blocks of protein. Research has shown that Alpha-alanine can help to help keep blood glucose levels stable after hypoglycemia that is caused by insulin.

Chromium is a mineral thought to be important in blood glucose regulation. Although more research is needed, chromium has also shown to manage hypoglycemia in those prone to it in some studies (8).

More supplements have been studied for treatment in hyperglycemia. Alpha-Lipoic acid is a compound produced by the human body. In supplement form, alpha-lipoic acid has been shown to improve insulin sensitivity and reduce fasting blood glucose levels in those with type 2 diabetes.

Similarly, clinical research has shown the supplement berberine to reduce both fasting and after-meal glucose in those with type 2 diabetes.

Berberine is a substance found in certain plants. Many studies have also found cinnamon to be effective in reducing fasting blood glucose. Other supplements found to be effective in hyperglycemia include blond psyllium, a plant fiber, and white mulberry tree extract (9).

Understanding hyperglycemia vs hypoglycemia and managing these conditions is vital for preventing complications of diabetes and safeguarding the overall health. 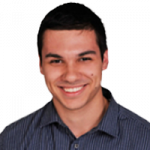 Michael is a registered dietitian and diabetes educator currently working in outpatient nutrition counseling for a large hospital system. He specializes in weight management, diabetes control, prediabetes, and metabolic syndrome.