Metformin is the first choice of medication in type 2 diabetics. It works by reducing the amount of glucose released from the liver and supports the uptake glucose by the muscles.

If metformin is ineffective, other treatment options are explored, such as insulin.

There has also been a growing interest in the use of micronutrients from both food and supplements for the management of diabetes.

Certain types, such as chromium, have captured the eye of experts.

This article focuses on the potential role of chromium in the management of diabetes.

Diabetes is a disorder that disrupts blood sugar in the body.

Glucose is a simple sugar derived from the breakdown of complex carbohydrates, which occurs in the digestive system.

Once broken down, glucose then enters the blood and becomes known as blood glucose, where it is transported to the cells by a hormone known as insulin to supply energy.

Insulin is produced in special cells known as beta cells located in the pancreas.

It is responsible for regulating blood glucose levels in the body. The process of regulation is disrupted when there is a defect in these cells, resulting in diabetes.

There are two main types of diabetes; type 1 and type 2. While both conditions cause similar symptoms, they are significant differences. Therefore the management will depend on the type and extent of the disease.

Type 1 diabetes is an autoimmune disease and is often diagnosed in childhood. It results from the immune system attacking parts of the body, including beta cells.

These cells are destroyed until insulin production ceases. Patients diagnosed with type 1 diabetes are commenced on insulin as primary management.

Type 2 diabetes is more common than type 1. It develops when the body becomes resistant to insulin or when the production of insulin is not enough to regulate blood glucose levels.

It is highly associated with obesity often develops in adulthood. However, the disease is becoming increasingly common at a younger age, mainly due to poor diet and lifestyle practices.

Often, the first line of treatment for patients with type 2 diabetes is adopting a healthier lifestyle. This includes:

Medication is introduced if lifestyle changes alone do not suffice.

Chromium is an element found in the crust of the earth and seawater abundantly.

It also exists in several other natural sources such as rocks, plants, soil, including vegetables and nuts.

Many people think of chromium as a shiny metal; while this is true, chromium also occurs in other forms.

When oxidized, the chemical properties of the element begin to change, altering the number of chromium ions.

As a result, each of these chemical compounds ends up with different levels of toxicity, determining its use and safety.

There are two main types of chromium ions.

One is a toxic form known as hexavalent chromium (chromium IV). This is exposed in places that make chromium metal in large amounts.

The second form is known as trivalent chromium (chromium III), which is found in food. For this article, we will be discussing the latter.

Chromium and Diabetes; the Research

Trivalent Chromium is a mineral. It is also classed as a trace element because it is only required in small amounts for human health.

There has been a growing amount of interest in the use of chromium in several health conditions, in particular, diabetes.

It is reported that this trace element enhances insulin by supporting the transportation of glucose into the cells. This is used as energy and therefore optimizes blood glucose levels.

Animal studies reviewed the effects of chromium on insulin sensitivity and blood glucose uptake. The study showed positive findings. However, application to humans was questioned, and further research was required.

There was also a spark around chromium deficiency that drove the research to higher levels.

It was considered that poor chromium levels contributed to impaired glucose tolerance (IGT) and type 2 diabetes.

However, these findings are conclusive of intravenous administration, possibly at higher doses.

The supplementation doses varied between 200mcg/day or 1000 mcg/day amongst different groups and duration. The results from research conflicted with each other.

However, this could be have been due to certain limitations within the study itself. For example, the duration, dosage, environmental factors, group size, formulations, and the nutritional state of the individual involved.

A four-month study, published in 2015, analyzed the effect of chromium on 71 patients with poorly controlled Type 2 diabetes. The patients were administered with 600 mcg of chromium daily. The results showed a significant improvement in fasting and postprandial (after-meal) glucose levels, along with an improvement in A1C levels.

Results from the trials above support the view that chromium supplementation can improve both glucose and AC1 levels.

There has also been some interest around chromium supplementation and pre-diabetes. This is a condition identified as impaired fasting glucose (IFG) or impaired glucose tolerance (IGT).

Both are high-risk factors for type 2 diabetes and are closely associated with metabolic syndrome (a cluster of risk factors in the development of cardiovascular disease (CVD). The diagnostic criteria include:

Insulin resistance and obesity are also linked to both pre-diabetes and metabolic syndrome.

Treatment for the prevention of type 2 diabetes and CVD often involves managing metabolic risk factors such as :

Further studies evaluated the effects of chromium supplementation in individuals with parameters of the metabolic syndrome, with mixed results.

It was found that chromium supplementation significantly improved insulin sensitivity. However, it had no significant effects on glucose effectiveness, body weight, abdominal fat, or BMI.

In another study, supplementation with chromium showed no improvement in glucose or insulin metabolism in individuals with impaired glucose tolerance and obesity.

Furthermore, isolated research evaluated the effects of chromium supplementation on body weight and composition in individuals with and without diabetes for comparison.

The results from the studies were variable. Chromium supplementation may have moderate effects on body weight in individuals with diabetes.

There have been many attempts to find a suitable form of chromium supplementation for the treatment of diabetes.

It was found that chromium brewers’ yeast could enhance the intestinal absorption and bioavailability of chromium in the body.

Results concluded chromium picolinate to have the most significant effect in regulating blood glucose levels.

It is known that obtaining both macro and micronutrients from dietary sources is always a better option. Supplements are recommended to “supplement” when there is a deficiency or when there is difficulty obtaining the nutrient for the diet.

Chromium is naturally found in food. However, the variety of chromium-rich dietary sources is not that great, and the amount in these foods is relatively low.

It may also be challenging to determine the content of the mineral due to the impact of agricultural and manufacturing processes and possible contamination if the foods are analyzed.

However, the best sources include:

It is essential to be aware that most foods provide only a minute amount (less than 2 mcg) per serving.

Food and drinks high in simple sugars may encourage chromium excretion and should be limited.

There is insufficient data to suggest trivalent chromium is toxic to humans. Therefore, no upper intake levels have been established.

However, individuals are still advised to avoid excess intakes chromium.

In the US, the recommended daily allowance (RDA) for adults and adolescents for chromium was 50 to 200 mcg per day. However, this changed to an average intake (AI).

Recent research shows that adult women in the US consume about 23 to 29 mcg of chromium per day from food. This meets their AIs unless they’re pregnant or lactating. In contrast, adult men average 39 to 54 mcg per day, which exceeds their AIs.

Unfortunately, the AI is based on the chromium requirements for people without diabetes.

Existing data identify possible benefits of chromium supplementation with higher daily doses between 200 to 1000 mcg. However, further research is still required to establish an optimal dose.

Since chromium supplementation may affect blood sugar levels, it is extremely important individuals prescribed medication such as metformin, oral hypoglycaemic agents, or insulin, only use chromium under the advice by a registered doctor.

The following supplements have also been researched for their potential role in the management of diabetes:

Alpha-lipoic acid (ALA) is a potent antioxidant. Antioxidants are excellent in removing free-radical damage.

GLA also a potent antioxidant that can support the function of damaged nerves by diabetic neuropathy.

Biotin increases the activity of the enzyme glucokinase, working closing with insulin.

Glucokinase supports the normal function of the body by initiating glucose utilization. The concentration of glucokinase tends to be low in people with diabetes. Therefore supplementation of biotin may help control blood glucose efficiently.

Q10 may support carbohydrate metabolism. Coenzyme Q10 is found naturally in the body but may be low in people with diabetes. Supplementation may help control hyperglycemia.

Carnitine naturally supports the production of energy by the utilization of fat. Carnitine helps to break down fatty acids in the body. Therefore it may reduce the likelihood of diabetic ketoacidosis. 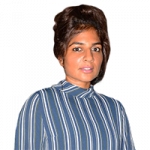 Kavita is currently working as a freelance nutritionist. She has an interest in healthy eating to maintain good health, prevent this risk disease development and also to support daily activities from work life to sports. Kavita has a BSc (Hons) in Dietetics and used to work as dietitian. Her experience includes hepatology, nutritional support, weight management, gastroenterology oncology and type 2 diabetes. She is also a qualified fitness instructor with huge passion for sports performance.

How to increase insulin sensitivity naturally