The pancreas produces insulin, a hormone that helps regulate how much energy your body receives.

However, for those with diabetes, their bodies cannot produce enough insulin to function.

This article will take a closer look at the beta-cell function in both type 1 and type 2 diabetes.

What are beta cells?

Beta cells are a type of cell found in pancreatic islets that are essential for the production of the hormone, insulin.

The pancreas is a complex organ with different cell types capable of producing a number of hormones including insulin, glucagon, pancreatic polypeptide, and somatostatin.

In patients with type I or type 2 diabetes,beta-cell mass and function are destroyed, leading to insufficient insulin secretion and hyperglycemia.

How important are beta cells to your health?

A highly functional set of beta cells in your body is vital for overall health. Production of the right amount of insulin into the circulation, at the right time, is critical in blood sugar regulation.

If blood glucose levels become too high, this can result in increased insulin resistance.

Type 1 diabetes is caused by immune destruction of beta cells leading to little or no insulin production. As a result, this can rapidly lead to extremely high glucose levels.

Type 1 diabetes is considered an autoimmune disorder; however, the general consensus is that the destruction of the beta cells is caused by a combination of genetic and environmental influences5.

Concerning the autoimmune component, antibodies are made in the body against specific proteins in the beta cells. Antibodies are proteins that identify and neutralize foreign objects like bacteria and viruses. These antibodies do what normal antibodies do and attempt to destroy their target cells.

The non-obese diabetic (NOD) mouse is a good mouse model of type 1 diabetes. These mice have similar autoimmune-derived destruction of their beta cells.

Another commonly employed model is to treat mice (or rats) with an antibiotic. This antibiotic is known to destroy beta cells when given at high enough concentrations. Both of these models have expanded our understanding of the pathology surrounding T1D.

What happens in the body when beta cells are destroyed?

When beta cells are destroyed, blood glucose levels rise (hyperglycemia). This is as there is no insulin to increase the uptake of glucose into cells.

This can be especially damaging to the eyes, kidney, and nervous system. Kidney failure with the need for dialysis and/or transplantation is a common condition associated with type 1 diabetes.

How do beta cells make insulin?

Beta cells are sensitive to many different factors.

Glucose is the predominant regulator of insulin production, although how this occurs are quite complicated. Here is a breakdown:

Once glucose enters the cell, it gets “detected” by several processes.

One of these is during the early steps of glycolysis (glucose metabolism for energy). Glucokinase, an enzyme in glycolysis, has been shown to have a vital role in “detecting” the amount of glucose present.

Perhaps if it is “over-worked” it sends out a distress signal, letting the cell know, glucose is in abundance, and it needs to produce more insulin7.

The signaling result in an increased production of the messenger RNA (mRNA) for insulin (from the DNA).

The critical role of insulin in regulating blood glucose is well known. Less is understood about potentially important roles of the other half of the molecule, i.e., C-peptide.

C-peptide administration to persons with type 1 diabetes (T1D) has been shown to result in improvement in a number of complications including, kidney and nerve damage.

Insulin secretion from the beta cell into the bloodstream, similar to insulin production, is stimulated by high glucose levels in the cell.

Type 2 diabetes (T2D) has an entirely different underlying cause to Type 1 Diabetes.

Type 2 Diabetes is usually caused by a combination of insulin resistance with regard to the uptake of glucose into cells and beta-cell dysfunction.

With insulin resistance, the cells of the body don’t respond to insulin as well as they should.

Insulin sensitivity (the opposite of resistance) can be increased by losing weight. Weight loss (or intermittent fasting) may help in that it allows cells to “reset,” i.e., insulin sensitivity can be at least temporarily restored.

Eventually, beta cells begin to become over-loaded, i.e., exhaust, die, and drop out of the functioning population. As a result, they become non-functional and essentially are lost.

How do you increase beta cells when you have type 2 diabetes?

Despite the development of therapies to restore, grow, or extend the capacity of beta cells in the pancreas, the best game plan is still to preserve the beta cells that you were born with.

How is this achieved? One of the best methods is by maintaining a healthy weight and enjoying a healthy diet, low in sugars.

If you have been diagnosed with T2D, it probably means that your beta cells are already suffering and in a high-stress situation.

How does type 2 diabetes affect the pancreas?

This results in a common condition associated with pre-diabetes or obesity, known as hyperinsulinemia. This is when excess levels of insulin circulating in the blood.

Initially, this increase in blood insulin helps to reduce, and even normalize blood glucose levels.

However, this is short-lived, and eventually, beta cells become “exhausted” 10 and begin to die. (apoptosis).

Beta-cell dysfunction is the process by which the beta cells begin to fail.

The inability of the beta cells of the pancreas to adapt to higher levels of glucose is considered to be a greater risk factor for the development of Type 2 diabetes, than tissue insulin resistance.

Can beta cells be replicated?

Novel approaches to preserve, restore, or transplant beta cells in T1D and T2D are currently being tested.

However, inducing human beta cells to regenerate is difficult.

There is currently only one class of drugs being developed that can induce human beta cells to replicate, i.e., the harmine analog class.

The mechanism for this class of drugs is to inhibit the dual-specificity tyrosine-phosphorylation-regulated kinase 1A (DYRK1A). DYRK1A is found in a number of different cell types in the body.

Interesting, inhibition of this kinase also has been shown to “rescue” a mouse model of Down Syndrome. However, as of yet, DYRK1A inhibition is not specific, reliable, and, thus, subject to off-target effects.

Thus, a better understanding of how beta cells regenerate is needed. One approach is to look at the molecular changes that occur in insulinomas. (a type of non-cancerous tumor (abnormal growth of cells) that produce unregulated amounts of insulin).

If some of the changes that occur in the mass of cells could be harnessed or regulated in the islets of Langerhans, perhaps additional therapies to regenerate beta cells could be found.

Can beta cells be transplanted?

Islet transplant has also been used experimentally to treat T1D. In islet transplantation, islets are taken from the pancreas of a deceased donor.

The islets are infused into the liver where they become attached to existing, living cells, and hopefully, continue to live and manufacture insulin.

Limitations of this approach include a limited number of available “donated” pancreas, due to the current inability to use living donors. Furthermore, there is limited survivability of transplanted cells.

Another option is to transplant beta cells from different species into humans. In 2006, Eventov-Friedman et al explored the possibility of transplanting pancreatic cells from a pig into a human.

Can stem cells be used to grow new beta cells?

It was previously thought that you are born with the beta cells that you will have for life. However, new research suggests that you can “regenerate” beta cells by fasting.

An intriguing recent investigation in mice showed feeding a low-calorie diet for 4 days stimulated the generation of new beta cells similar to what has been observed in pancreatic development.

Another novel approach is to generate insulin-producing cells from stem cells.

Stem cells are “basic cells” that have the capability of developing (differentiating) into mature cells of almost any type.

Investigators at the University of California, San Francisco recently published a study describing the generation of mature beta cells from stem cells.

The cells were tested in diabetic mice with highly positive findings. The results showed normalization of blood glucose even 8 months after transplantation.

What is the possibility of developing an artificial pancreas?

This would use continuous glucose monitoring and an algorithm to determine how much insulin to produce.

Most of them are still in an active testing phase; but, a hybrid closed-loop system is on the market. However, it does require the patient to administer some insulin manually, especially after meals.

Further refinement of these devices is expected in the next decade. Artificial pancreases are currently limited. This is due to the “lag-time” between increases in blood glucose and insulin release.

The natural beta-cell/pancreas is still more efficient in determining the necessary insulin to produce and secrete on time.

15 Simple Yet Effective Ways to Keep Your Pancreas Healthy. 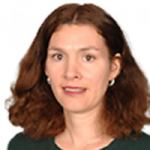 Dr. Ecelbarger received her Ph.D. from the University of Wisconsin-Madison in Nutritional Sciences in 1992. She went on to train as a post-doctoral fellow at the National Institutes of Health in Bethesda. She started her own laboratory at Georgetown University in 1998 and has been funded from the NIH as well as private sources.