Blood sugar control is the main aim of nutrition therapy for type II diabetes. Since all forms of carbohydrates are broken down into sugar, many people advocate a low-carb diet to control diabetes instead of the traditional low-fat diet.

However, many studies show that in the long-term, there is very little difference in blood sugar control when comparing a low-carb to a low-fat diet.

So, type II diabetes can consume a moderate amount of carbohydrates, but the quality is the most important factor, and this is where the glycemic index comes in handy.

The Glycemic Index (GI) was created by Dr. David Jenkins as a tool to help people with diabetes choose carbohydrates. The GI classifies carbohydrates by the effect they have on blood sugar response.

This was introduced as an alternative to grouping carbs as complicated or simple.

Some complex carbohydrates such as potato and refined grains are rapidly absorbed and have a higher GI than table sugar (1).

The following are the three GI ratings:

Foods that have a high glycemic index are rapidly absorbed and cause a large spike in blood sugar levels.

Refined carbohydrates such as white rice and white bread tend to have a high-glycemic-index.

Foods that have a low glycemic index are absorbed more slowly and cause less of an increase in blood sugar. Examples include porridge made with rolled oats, carrots, broccoli, sweet potato, beans, quinoa, buckwheat, and barley.

Rye, sourdough, and whole grains bread are also low-glycemic. Meats, fish, nuts, oils, and herbs and spices can also be consumed as part of a low GI diet.

Factors that affect the Glycemic Index

A systematic review and meta-analysis of randomized control trials reviewed all the studies that looked at the effects of GI on blood sugar control (5).

Another study compared the effects of a low-glycemic index diet to a high-glycemic-index diet on indicators of inflammation and metabolic health in type II diabetics (6).

The participants consumed either a high glycemic or low glycemic diet. After the 30 days, there was a greater reduction in body fat in the low-GI group despite similar levels of calorie intake.

The high-GI diet led to increases in inflammation, which were not seen in the low GI diet.

There was a greater increase in fructosamine in the high-GI group. Fructosamine is a protein that has permanently combined with glucose similar to HbA1c and can be used as an indicator of blood sugar control.

Eating a low-GI diet has been shown to lower uric acid levels, while a lower carbohydrate diet increased uric acid concentrations (8). This shows that eating low-glycemic carbohydrates may reduce the risk of gout.

Another negative aspect is that GI only focuses on individual foods. However, meals typically consist of different foods that contain a mixture of carbohydrates, protein, and fats. The co-ingestion of protein and fats alongside carbohydrates decreases the GI.

Glycaemic Load (GL) is another way to categorize foods based on their effect on blood sugar. Unlike the GI, the GL also takes into account the quantity of carbohydrates in a practical portion of food. GL is calculated by multiplying the grams of carbohydrates in portion size of a food by its glycamic index, then dividing by 100.

For example, a potato has a GI of 85 and contains 14 grams of carbohydrate. Thus a potato has a GL of only 12.  However, the GL does not take into account the non-carbohydrate components of meals. Therefore, it is still only beneficial for individual foods instead of meals.

Also, not all foods that are classed as high-GI are unhealthy e.g., watermelons. On the other hand, crisps have a lower GI than potatoes cooked without food. However, crisps are more calorie-dense and are less nutritious.

The GI and load can be helpful for diabetics to understand which form of carbohydrates can help control blood sugar.

However, when it comes to deciding which foods to eat, it is important to choose whole and minimally processed foods such as whole grains, sweet potatoes, fruits, and vegetables.

Highly processed foods such as cakes, biscuits, candy, and sugar-sweetened beverages are linked with an increased risk of diabetes (9) and should be limited.

There are healthy foods that have a high-GI e.g. watermelon and parsnips but can be part of a healthy diet. Whereas some highly processed foods have a low-GI but are not nutritious.

Therefore, strictly following a low-GI diet does not necessarily mean you will follow a healthy diet. However, a well-planned low-GI has been showed to have a beneficial effect on blood sugar control. 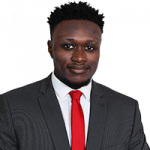