Diabetes is a group of diseases. In this state, the body has stopped producing insulin or is not making enough insulin.

If the body is still producing insulin, it may not be using ­­it. When any of these things happens, the body cannot get sugar from the blood into the cells. That leads to high blood sugar levels.

Glucose is in the foods we eat that fuel our bodies cells. Insulin acts as the key to the cells to allow the glucose in.

Diabetes mellitus encompasses 3 types: Type 1, Type 2, and Gestational. Both Type 1 diabetes and Type 2 diabetes are chronic conditions. Gestational is unique to pregnancy. Type 2 diabetes can be avoided with diet and exercise. Some may need medication and insulin.

Type One is an autoimmune disease. Identified in the past as Juvenile diabetes, as it appeared in young people. Blood sugar is the concentration of sugar in your blood. When there is not enough insulin in the blood or the body is resistant to insulin, the body cannot use the glucose.

In this disease state, the body begins to attack the beta cells of the pancreas. The beta cells are responsible for making insulin. The damage is, unfortunately, permanent. Scientists believe the attack is environmental and has a genetic link.

According to the U.S. Food and Drug Administration (FDA)Trusted Source, the five types of insulin are:

Intermediate Insulin is usually given twice a day. This provides peak, less prolonged support of the blood glucose level.

Long-Acting can cover Insulin needs up to 24-36 hours.

Delivery of insulin is easier now than it has ever been. A decision on choice often occurs because of insurance coverage. The following are the available delivery systems:

The Pro’s: Cost-effective and needle size are chosen.

The Con’s: Cumbersome for transport. It must be kept at a proper temperature specific to the insulin. There is a propensity for error with the administration.

Insulin injection has become simple by utilizing pre-filled insulin pens. The pre-mixed insulin pens offer ease for those that have a simple regimen or follow a sliding scale.

The Pro’s: Many have memory storage to help you recall the insulin dosed.

The pre-mixed pens have been helpful with these groups of people:

The con’s: The cost of refilled pens is expensive.

The insulin pump is about the size of a pager, worn outside the body. This helps people who haven’t achieved good blood sugar control. It will deliver short-acting insulin every few minutes. The insulin administration occurs via a cannula that sits under the skin. The pump works 24 hours a day.

Con’s: you will still need to track your blood sugar. Also, you will need to change the needle every few days. The tubes can kink, which can cause an inaccurate dose. The startup cost can be $5000+

The most used injection sites include:

If you have had diabetes and inject insulin, you may start to develop scar tissue at injection sites. When you have scar tissue, it will be hard to insert the needle. Also, insulin maybe not be absorbed.

People will experience high blood glucose if they are injecting in a spot of skin with scar tissue. As a result, it is very important to rotate injection sites. You may find it helpful to track this as a reminder to rotate.

There may be periods as you age where your needs change more. You may follow a specific insulin dose regimen or follow a sliding scale. When you use a sliding scale, you determine the amount of insulin given. You will read your pre-meal blood sugar level. Then calculate the number of carbohydrates consumed in the meal.

Depending on your need, insulin therapy may involve a combination of insulins. The dosage will be based on your metabolic needs will determine the dose. Total daily insulin requirements are generally between 0.5 to 1 unit/kg/day.

Insulin Aspart is an insulin analog. It is a mealtime bolus to cover the carbohydrates eaten at a meal. Examples of rapid-acting include Novorapidor or Novolog. Novorapidor is a new long-acting insulin.

When injected under your skin, it has a faster onset of action than soluble human insulin. It takes effect within 10 to 20 minutes. The greatest effect will occur between 1-3 hours after injection, and the effect may last for up to 5 hours.

Bolus insulin (mealtime insulin) is given many times per day. This imitates what a healthy pancreas would do. The person must eat to avoid hypoglycemia. These are both administered at mealtime and act fast.

Basal insulin is a type of long-acting insulin that provides a base cover of insulin. This background insulin helps give you coverage all day. It will give you slow and steady coverage. This mimics what a normal pancreas would do with a slow release of insulin. This helps prevent lows in-between meals and overnight.

Long-acting insulins have a slow peak less effect. Here will explore the ones available:

No pre-mixed insulins are using Lantus and detemir. This is because insulin glargine and detemir cannot mix. When combined with other insulin, action is disrupted.

With insulin use, there are many favorable results. Generally, there is a reduction in the risks of diabetes complications. Contradictory, some research has shown contradictions with long-term insulin use. Those with heart failure and diabetes do not have favorable outcomes.4

Hyperglycemia occurs when blood glucose is high and consistent monitoring is needed. A diabetic coma can occur if blood sugar levels are too high or too low. This is a life-threatening situation. If you are unable to respond to stimuli and left untreated, it could be deadly.

Type 1 diabetes can cause these symptoms and a situation called Diabetic Ketoacidosis. High blood sugars lead to the buildup of an acid called ketones. Ketones are present in your blood when you don’t have enough insulin to respond to the glucose.

If your blood sugar level is too high, you may experience:

Hypoglycemia can occur if you take the wrong insulin dosage. Many mistakes are avoidable. When an insulin overdose occurs, it is due to one of the following:

Give your family and friends these instructions:

The best way to prepare for an occurrence is to understand that you may have complications at one point. It is important to wear some identification or medical alert tags. Be sure to inform your friends and family members of your signs and symptoms of low blood sugar.

Glycemic control is assessed with the HbA1C test. Patient self-monitoring of blood glucose may help. Practitioners will use this information to make a medication adjustment and insulin changes.1 Making sure you get an HbA1C test 2-4 times a year will help prompt insulin dose changes. When you take control of your diabetes, you are likely to delay or prevent any related challenges. 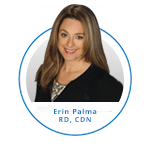