Prostatitis present with lower urinary tract symptoms that range from mild to severe.

A significant proportion of men with prostatitis will experience a substantial reduction in their quality of life and require treatment to manage their symptoms.

Alternative treatment approaches such as plant-based supplements have been explored for the treatment of this disease and the associated symptoms.

Supplementation with zinc, saw palmetto, Cernilton, quercetin, Pygeum, vitamin C, and probiotics have proven effective in managing and preventing prostatitis. They have strong safety profiles and cause fewer side effects compared to conventional therapies.

Here, we discuss the evidence relating to the role of these supplements in the treatment of prostatitis.

Prostatitis is swelling and inflammation of the prostate gland. It is a common condition that can develop in men of all ages.

However, the causes of prostatitis are not well understood. Local inflammation that affects the pelvic area causes most of the cases and less common bacterial infection.

Four types of prostatitis originate from different sources. They include:

Though the symptomatic types present with similar symptoms, some symptoms are unique to each type, as discussed below.

Typically, symptom severity was reported by the National Institutes of Health chronic prostatitis symptom index (NIH-CPSI score). Here, we use the NIH-CPSI score to discuss the evidence on the efficacy of treatment approaches.

What are the symptoms of prostatitis?

Prostatitis causes a range of symptoms that differ depending on the type and source of the inflammation. Except for the asymptomatic form of the condition, it often presents with urinary problems, difficult ejaculation, and pain around the pelvic area.

Some of the shared symptoms include:

Some symptoms are specific to the type of prostatitis, including:

Chronic prostatitis (chronic pelvic pain syndrome) – is characterized by an irritation of the nerves around the pelvic area. Patients have an increased risk of allergies, fibromyalgia, chronic fatigue syndrome, and anxiety disorders (Anderson et al., 2018).

Chronic bacterial prostatitis – is an uncommon type of prostatitis caused by bacteria infection. It often causes a burning sensation while urinating.

Asymptomatic inflammatory prostatitis – is an inflammation of the prostate without symptoms. It is often discovered while checking for other conditions.

Zinc is essential to the maintenance of the human body and plays a wide range of roles, including catalytic, regulatory, and structural functions (Sauer et al., 2020). The prostate gland accumulates the highest amount of zinc compared to other human organs, suggesting an essential role in normal prostate functions (Costello and Franklin, 1998).

Studies have shown that zinc deficiency induces oxidative stress and DNA damage, which is a critical factor in the development of many prostate conditions (Ho et al., 2003). Further, previous studies report an association between zinc levels and prostatitis (Cui et al., 2015). Prostatitis tissue has reduced levels of zinc, suggesting a role in the development of the disease (Anderson and Fair, 1976).

Saw palmetto garnered a great deal of attention in prostate health based on circumstantial. It is rich in free fatty acids and is commonly used to improve prostate health around the world. Preliminary studies suggested saw palmetto might have similar activity to finasteride (pharmaceutical treatment).

However, further studies to explore this efficacy returned mixed results. One study compared the effectiveness of saw palmetto to finasteride in men with chronic prostatitis. After one year of treatment, the authors observed no significant benefit for saw palmetto. Interestingly, many participants choose to continue the saw palmetto therapy regardless of the achieved statistical significance (Kaplan et al., 2004).

Though the prostate volume was unchanged between the treatment and control groups, the results suggest that Permixon (saw palmetto) may provide clinical benefit for prostatitis (Reissigl et al., 2003). Further studies are required to determine the effective dosage and components of saw palmetto supplements.

The pollen extract Cernilton has shown urological benefits through its anti-inflammatory properties. Prostatitis is characterized by inflammation, suggesting that Cernilton may be useful in treating its symptoms. An old study reported a 78% improvement in symptoms of chronic prostatitis (Rugendorff et al., 1993).

A more recent study by Florian and colleagues investigated the efficacy of pollen extract (Cernilton) in a multicentre randomized, double-blind controlled trial. The authors randomized participants to receive oral pollen extract or placebo for 12 weeks and evaluated symptomatic improvements.

The study demonstrated significant improvements in pain, quality of life, and NIH-CPSI score compared to the placebo group. The results show that Cernilton is an alternative therapeutic option for treating prostatitis.

Quercetin is a natural pigment (flavonoids) present in many fruits and vegetables. It has potent antioxidant, anti-inflammatory, and immunomodulatory properties (Baghel et al., 2012), which has been studied to treat many conditions.

Studies have shown that quercetin supplementation may be beneficial in treating prostate conditions. A randomized, double-blind trial investigated the safety and efficacy quercetin (Shoskes et al., 1999). The study randomized 30 men with chronic prostatitis to receive 500 mg quercetin twice daily or placebo for one month.

Several studies have investigated the utility of probiotics as a safe alternative for treating and preventing human diseases, including lower urinary tract infections.

For bladder problems, animal studies show that direct injection of favorable bacteria into the bladder can help prevent or treat urinary tract infections caused by specific microorganisms (Fraga et al., 2005). This observation and those by other studies suggest that probiotics may help rebalance the bladder and urethra’s microbial ecology. This modification of the urinary track ecology is a potential therapeutic strategy for prostatitis.

Men of all ages can develop prostatitis, which causes significant urinary symptoms and impacts quality of life. The benefits of natural plant compounds in its treatment are becoming realized as our knowledge of the disease increases. Many patients may benefit from alternative approaches for the management of prostatitis symptoms. 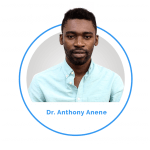 Contents What are the symptoms of BPH? What causes BPH? Risk Factors Complications of BPH Can diet help […]

Contents Why Do pelvic muscles become weak? What are the benefits of pelvic exercises? How […]