Diabetes mellitus, or diabetes, is a disease affecting the regulation of blood glucose (sugar) levels. An organ called the pancreas creates the hormone insulin, which helps keep blood sugar levels in a healthy range.

Diabetes is becoming more prevalent worldwide. As of 2015, 30.3 million people in the United States, or about 9.4 percent of the population, had diabetes. Unfortunately, more than one in four people with diabetes don’t know they have it. Having undiagnosed diabetes increases the risk of complications from lack of prompt treatment.

Many people also have prediabetes, a condition where blood sugars are slightly elevated but not high enough to be considered diabetes. Having prediabetes is a major risk factor for eventually developing type 2 diabetes. The U.S. Centers for Disease Control (CDC) estimates that up to 30% of people with prediabetes will develop type 2 diabetes within five years of their prediabetes diagnosis.

Type 2 diabetes usually impacts people at an older age; being 45 years and above is a risk factor in itself. Over 25% of people above the age of 65 have diabetes, impacting over 14 million seniors. Managing diabetes in older people has its own unique considerations compared to younger people.

Some of the symptoms of diabetes and its related complications include:

People over the age of 65 have the highest prevalence of diabetes of any age group. Older people are more at risk of developing diabetes because of increased insulin resistance and declining insulin production in the pancreas.

One of the considerations when treating a senior with diabetes is choosing how aggressively to manage diabetes based on other health conditions, life expectancy, and quality of life. A 95-year-old person with multiple health conditions will likely have less stringent blood sugar goals than a healthy and active 70-year-old.

Incidences of hypoglycemia are usually more dangerous in older people since they are already at higher risk of falls and can have underlying balance issues. Older people can also have hypoglycemia unawareness, meaning they don’t identify symptoms of low blood sugar as well as they should.

UTIs tend to become more prevalent with age, regardless of whether or not the person has diabetes. Elderly patients don’t always exhibit the telltale symptoms of a UTI, which can make it more challenging to spot. Some of the symptoms of a UTI in the elderly include agitation, lethargy falls, and decreased appetite. Elderly patients with diabetes are therefore at an even greater risk of developing urinary tract infections.

Blood sugar targets. Healthcare providers typically have less strict goals for blood sugar levels in elderly patients. Part of the reason is to lessen the likelihood of hypoglycemia. Fasting blood sugar targets for older people generally fall in the range of 90-150 mg/dL with an A1c goal of less than 7.5%. As comorbidities increase and life expectancy decreases, those goals tend to become higher, with a target of an A1c less than 8.5% in people where the benefit of controlling blood glucose is likely, not worth the potential risks associated with lowering blood sugar.

Alzheimer’s is a type of dementia that severely impacts memory, cognition, and behavior. It is the most common form of dementia and accounts for 60-80% of all dementia cases. Being age 65 and older is the greatest risk factor for developing Alzheimer’s, but it’s not a normal part of aging. Alzheimer’s is a progressive disease, meaning it gets worse over time, and there is no cure.

Alzheimer’s may also be associated with diabetes because of the inflammation high blood sugar can cause, therefore damaging brain cells. Researchers also believe that insulin resistance may play a role in changing the brain to make it more susceptible to developing Alzheimer’s.

Insulin resistance is a term for the body not responding to insulin as well as it should. Insulin is a hormone that helps reduce blood sugar levels by allowing the sugar to be taken in by cells to use as energy. Without enough insulin, blood sugar builds up in the bloodstream, unable to enter the cells where it’s needed. Chronic insulin resistance is a major risk factor and cause of developing type 2 diabetes mellitus.

Caring for a senior with diabetes

Due to the increasing life expectancy and other factors, many people will find themselves caring for a senior with diabetes. Some things caregivers can do to help include:

Encourage balanced eating habits. Seniors may not eat as well as they should and often suffer from a reduced appetite. Caregivers should encourage a balanced diet consisting of protein, a carbohydrate or starch source, and a vegetable, similar to the Plate M

Elderly people often lose muscle mass as they age, which can cause weakness and loss of strength, both contributing to more falls. Ensuring they eat enough protein is important to help support lean muscle mass. Foods rich in protein include:

Seniors taking blood sugar-lowering medications should consume a consistent amount of carbohydrates throughout the day to help prevent low blood glucose levels. This is especially true for any seniors on insulin. There should be carbohydrates consumed with meals and snacks, consisting of foods like:

If an older person lives alone and doesn’t eat well on their own, programs such as Meals on Wheels or meals offered at local senior centers are good ways for seniors to get good nutrition and prevent weight loss.

Hypoglycemia is a potentially serious health condition and increases the likelihood of falls.

Glucose tablets are a popular treatment for low blood sugar because they’re easy to have on hand in different situations. They dissolve quickly and provide pure glucose, so they are rapidly absorbed into the bloodstream as glucose. Each tablet contains 4 grams of carbohydrates, so in the case of low blood sugars, 3-4 tablets should be used in order to provide 12-16 grams of carbohydrates. A common brand of glucose tablet is Dex4, but other brands make similar products. They are available over the counter without a prescription.

If blood sugar levels don’t rise despite treatment or are dangerously low and/or the senior is unresponsive, a glucagon emergency kit may be used. A medical professional must prescribe glucagon, and it’s in the form of an injection. Glucagon is a hormone that helps convert the body’s stored sugar (glycogen) into blood sugar. Glucagon is helpful when the person with the hypo is too unresponsive to be able to take in food or drink since it is injected under the skin and done by another person.

30 minutes of physical activity most days of the week is the recommended amount of exercise for people to stay healthy, and older people are no exception.

Make sure medications are being taken properly

Other than insulin therapy , other medications that can cause hypoglycemia include:

Diabetes impacts people 65 years and older more than any other age group. Blood sugar goals for older people tend to be less strict as age increases, along with comorbidities, life expectancy, and other factors. The benefit of blood sugar control must be weighed with the risks of potential low blood sugar, which can cause more diabetes complications in elderly patients.

People with diabetes are more likely to develop Alzheimer’s, the most common form of dementia. The link between diabetes and Alzheimer’s is so strong that it’s often referred to as “type 3 diabetes”. Vascular changes and insulin resistance are thought to be potential causes for the correlation.

Older patients with diabetes should be encouraged to eat a balanced, consistent diet, take medications as prescribed, and stay as active as possible to maintain good health and promote longevity. 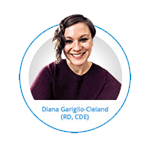