Your pancreas is an organ that is part of your digestive system and handles hormone secretion.

There is a particular set of symptoms to look out for when it comes to the different types of pancreatitis that we will discuss in this article.

Pancreatitis is an umbrella term used to describe diseases primarily affecting the pancreas. There are two main types of pancreatitis – acute pancreatitis and chronic pancreatitis.

It is a rare condition, which, according to Genetics Home Reference, is thought to affect three to six individuals per million in Europe. Due to the rarity of hereditary pancreatitis, we will not be covering it in this article.

In order to better understand the causes and effects of pancreatitis, it is important to first know a bit about the organ and its’ functions.

Now, where is the pancreas? This organ measures around 6 inches and is located in your upper abdomen, behind your stomach (1,2). It is made up of several parts and plays a key role in turning the food that we eat into energy for our body’s cells.

Your pancreas is made up of the following three parts (1):

The endocrine pancreas secretes hormones, which include:

A healthy pancreas is also essential for the maintenance of optimum blood glucose (sugar) levels (2,3). There is a link between diseases of the pancreas and diabetes.

You can read some more about type 1 diabetes here.

The exocrine portion of the pancreas is the most significant part, which, as mentioned, helps with digestion. Exocrine pancreatic tissues produce pancreatic enzymes (also known as digestive juices), which allow the digestive process to happen successfully.

Pancreatic enzymes are secreted by the pancreas and flow down a tube (the pancreatic duct) into the duodenum (the top part of the small intestine that is joined to the stomach).

They then continue to digest the food that has left the stomach (1,2). The enzymes made by the pancreas include:

As you can see, the pancreas does a lot for a small organ. As with any organ, its functions are complex, and there are many reasons why it may become damaged or diseased.

Now that we have spent some time looking at the pancreas and its’ functions, we will look at the different types of pancreatitis.

Acute pancreatitis is a painful condition that is characterized by inflammation of the pancreas. In acute pancreatitis, the exocrine pancreas becomes red, swollen, and can lead to extreme pain.

Cases of pancreatitis acute can range from relatively mild to life-threatening (4,5). According to the National Pancreas Foundation, deaths from pancreatitis sit at a fairly static level of around 10%, which is a level it has been at for around 20 years.

Although there are similar characteristics between the two most common forms of pancreatitis, there are also crucial differences. Chronic pancreatitis does not improve over time and will lead to permanent damage to the organ.

As chronic pancreatitis develops, it can affect your ability to digest food and make enzymes. This can lead to specific symptoms and complications (see below) (6).

There are some shared symptoms between acute and chronic pancreatitis, whereas some symptoms are unique to one type only.

People with chronic pancreatitis can experience a significantly reduced quality of life due to the pain that they experience. Being admitted to the hospital for treatment is not unusual.

There are several other shared symptoms of acute and chronic pancreatitis. If you have one either form of the disease, you may experience the following symptoms of pancreatitis (4,5,6,7):

Some symptoms are far more likely to be present in acute pancreatitis. These include, but are not limited to:

Additional to pain and abdominal tenderness, other signs and symptoms of chronic pancreatitis include (4,5,6,7):

It is common for people with chronic pancreatitis to lose weight, which can lead to malnutrition (8). The reasons for this often rapid weight loss is, are:

Where do you feel pancreatitis pain?

Pancreatitis pain tends to begin in your upper abdomen and may spread to your back.

Some patients describe the pain as ‘gnawing’ or ‘grinding’.

Depending on the suspected issue with your pancreas, several tests may be performed to determine and further investigate a diagnosis of pancreatitis.

For acute pancreatitis to be diagnosed, doctors will likely perform the following:

Once a diagnosis of acute pancreatitis is confirmed, some tests may be necessary to help identify the cause (4,5,6,7,9).

Some further tests may sometimes be, but not always, carried out during investigations of acute pancreatitis:

This is not an exhaustive list. Depending on your situation, doctors may recommend other tests or examinations.

Diagnosing chronic pancreatitis can be challenging as it is a rare condition. Furthermore, some of the symptoms, such as pain and diarrhea, are similar or the same to those experienced in more common conditions like irritable bowel syndrome.

In order to diagnose chronic pancreatitis, you may be encouraged to have the following test:

The best way to diagnose chronic pancreatitis is by using tests that can evaluate the structure and/or function of the pancreas via X-ray (4,5,6,7,9).

When our digestive enzymes become activated while in the pancreas, they can irritate the cells of your pancreas, this causes inflammation and can lead to pancreatitis.

Unfortunately, repeated episodes of acute pancreatitis can lead to chronic pancreatitis. There are some things you can do to reduce your risk, and these will be discussed later on in the article.

The second most common cause of pancreatitis is excessive alcohol intake. In the UK, gallstones, and drinking too much alcohol combined, account for eight out of ten cases of acute pancreatitis.

Autoimmune pancreatitis is an autoimmune disorder involving chronic inflammation in the pancreas.

It is likely caused by the immune system attacking the pancreas.

It can be challenging to diagnose because its symptoms are similar to those of pancreatic cancer.

There are other causes of acute pancreatitis, although they are far less common:

There are several well-known causes of chronic pancreatitis, too:

You are likely familiar with type 1 and type 2 diabetes mellitus and maybe even gestational diabetes, but there are also several other subtypes of diabetes. One of these, directly linked to diseases of the pancreas, is type 3c diabetes.

Type 3c diabetes is a form of diabetes that comes secondary to diseases of the pancreas (8).

When this happens, the pancreas can stop producing enough insulin for the body’s needs. When the body does not have enough insulin, energy cannot get into the body’s cells effectively, which can lead to certain signs and symptoms, as well as the person becoming unwell and requiring treatment, for example, from metformin or insulin (8,9).

NICE guidelines state that a person with type 3c diabetes should be assessed for insulin therapy at least every 6 months.

This may be necessary if metformin is not controlling their blood sugar levels, and they are still losing weight. Yet, evidence of the best treatment in this population is limited, and a randomized control trial is needed (9).

Signs and symptoms of type 3c diabetes include (8):

As type 3c diabetes is directly linked to damage to the pancreas, it can also affect the production of digestive enzymes.

As with other types of diabetes, type 3c is complex. Treatment will depend on the extent of the damage to your pancreas. Unfortunately, it is also a condition that is commonly misdiagnosed, as found by a large 2017 primary care study conducted by the BMJ in 2017.

What are the complications of pancreatitis?

Type 3c diabetes is the main complication of chronic pancreatitis (6). Malnutrition is also common, and weight should be monitored alongside symptoms.

There are also several other potential complications of chronic pancreatitis to be aware of:

How to Treat Pancreatitis medically

If you suspect you may have, or be at risk of pancreatitis, ensure you speak with your doctor immediately. Pancreatitis is a serious condition that can be extremely debilitating and reduce the quality of life.

There are some lifestyle changes you can make if you think you may be at risk of developing pancreatitis:

Foods to eat if you have pancreatitis

Foods to avoid if you have pancreatitis

Pancreatitis is a complex disease, of which there are several types. Acute and chronic pancreatitis is the most common forms that, while are conditions that have some similarities, they also have key differences between one another.

Early detection and treatment will likely lead to better outcomes, and it is essential to consult a specialist for appropriate medical treatment and lifestyle advice.

Pancreatitis Diet: Best Foods to Eat and Which to Avoid. 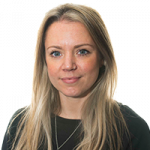