Home » What Are Xenoestrogens and How Do They Affect Your Health?

In today’s world, it is exceptionally challenging to minimize one’s exposure to environmental toxins.

This is because virtually all the food we ingest and the household products we utilize have been processed. In fact, organic foods and products now carry a higher price tag because of the costs involved to minimize cross-contamination.

To make things worse, these environmental toxins have lengthy and complicated names. Reading the labels at the back of food, personal care products, and household items is not informative because of the complex chemical nature of these toxins.

Furthermore, it is difficult to identify these chemicals because they are often colorless and odorless. In this article, we discuss one of these environmental toxins – xenoestrogens.

Xenoestrogens are chemicals that are similar to estrogens produced by the human body. Xenoestrogens may act as synthetic estrogens or even interfere with the actions of customarily produced estrogens.

Proponents of men’s health have widely discussed xenoestrogens. This is because current thinking holds that they can disrupt normal human hormones.

There are concerns that xenoestrogens can enter human cells and turn genes on or off, by binding to human DNA (Eubanks, 2004). Xenoestrogens can be considered to be ‘foreign’ estrogens. They are close enough in molecular structure to human estrogen.

This means that xenoestrogens can bind to estrogen receptors, which are normally present in human cells. Although xenoestrogens sound foreign, they are present in many household items, foods, and water systems that we interact with daily. Examples of xenoestrogens are listed below:

Although the xenoestrogens described above are mainly from chemical sources, they can come from plants as well. Xenoestrogens, which are present in plants, are termed as phytoestrogens.

Phytoestrogens are plant derivatives that are similar in structure to estrogen. They also bind to estrogen receptors but are usually weaker than human estrogens.

In this article, we discuss the benefits and harms of xenoestrogens. We go through the differences between xenoestrogens and phytoestrogens. We also talk about the effects of these estrogen mimics on men’s health and health in general.

The Importance of Estrogen

Before we discuss the effects of xenoestrogens, it is essential to understand the normal function of estrogen. Although many people believe that estrogen is only present in females, this could not be further from the truth.

Indeed, the natural hormone estrogen is present in both men and women and is involved in both male and female reproduction (Hamilton et al., 2017). The functions of estrogen are listed below (Wise et al., 2009; Cauley, 2015; Giordano et al., 2015):

During puberty in men and women, estrogen aids in the development and fusion of the bones

Estrogen lowers total plasma cholesterol and reduces the risk of coronary artery disease in both men and women.

Estrogen protects against neuronal death and stimulates the birth of new neurons.

Estrogen can mitigate the effects of a stroke.

Estrogen is responsible for the development of breast tissue.

During pregnancy, estrogen stimulates the production and secretion of breast milk.

Estrogen helps to stimulate the growth of uterine-lining cells during the menstrual cycle.

Estrogen thickens the uterine lining in preparation for pregnancy.

Estrogen supports the growth of vaginal and vulval cells.

In the absence of estrogen, women experience thinning and dryness of the vagina.

The role of estrogen is multi-faceted. Estrogen is essential not just for women’s health, but for men’s health as well. Estrogen is vital for strong bone development, the maintenance of healthy coronary arteries, and neuroprotection.

What Effects Can Xenoestrogens Have On Health?

Xenoestrogens have been shown to negatively impact fertility, pregnancy and even the development of a fetus (Paterni et al., 2017)

Exposure to xenoestrogens has been shown to have cancer-causing and mutating effects on the cells of a growing baby (Palmlund, 1996)

One 2014 study found that exposure to xenoestrogens, while a woman is pregnant, leads to changes in the genetic sequence in the placenta.

Xenoestrogens have been found to be responsible for the decrease in both the quantity and quality of human sperm in the last five decades (Götz et al., 2001)

Xenoestrogens impair the development of the testes and the male reproductive tract.

This is because estrogens are responsible for facilitating puberty in adolescent boys.

In the same way, xenoestrogens also interfere with the development of the female reproductive tract.

Xenoestrogens can lead to the formation of cysts in ovaries. This condition is known as polycystic ovary syndrome (PCOS) (Götz et al., 2001)

Xenoestrogens such as DDT have been shown to interfere with neural development in pregnancy.

Polychlorinated Biphenyls (PCBs) have also been shown to cause neurological diseases. These diseases include long-term neurological deficits and problems with learning and memory function.

Children who have been exposed to PCBs through the consumption of fish during pregnancy have been shown to exhibit problems with intellectual functioning.

Children who have been exposed to PCBs have a poorer gross motor function and reduced visual recognition memory.

Xenoestrogens are an independent risk factor for systemic inflammation and cardiovascular disease.

Several environmental xenoestrogens such as aldrin, lindane, and DDE accumulate preferentially in humans.

This leads to the development of obesity as well as coronary artery disease due to the accumulation of fatty plaque (Teixeira et al., 2015)

Several of the health effects of xenoestrogens apply to both men and women. Indeed, xenoestrogens can affect one’s health negatively from conception, all the way through adulthood.

Examples of these xenoestrogens include PCBs, inorganic arsenic, ultraviolet filters, BPA, and cadmium. On that note, xenoestrogens have also been associated with the development of breast cancer and ovarian cancer (Fucic et al., 2012).

One recent 2019 study found that xenoestrogens exacerbated the growth of prostate cancer cells by interfering with the signaling actions of estrogen that are usually produced in the human body (Watson et al., 2019).

Estrogen dominance occurs when the ratio of estrogen to progesterone levels sways too much one way or another., resulting in a hormonal imbalance. The adrenal glands and testes in males produce natural progesterone.

The reduction in testosterone levels in an aging man and the increase in estrogen levels are natural occurrences of aging. However, the degree to which these things occur and how early they occur are consequences of diet and lifestyle.

Estrogen dominance causes testosterone in men to be converted into dihydrotestosterone (DHT).

DHT is a highly active form of the sex hormone testosterone that irritates the prostate. That irritation can initially cause enlargement and inflammation of the prostate.

When the high levels of DHT become chronic, it causes benign prostate hyperplasia (BHP). If the chronic condition persists, it can also, if neglected, turn into prostate cancer. This position was widely accepted for years, but it is now controversial in the current medical literature.

Estrogen and progesterone are two of the primary sex hormones involved in the many everyday biological functions that occur in our bodies.

How Can You Minimize Your Exposure to Xenoestrogens?

There are several steps that you can take to minimize your exposure to xenoestrogens. By now, you should be aware of the types of xenoestrogens and their harmful effects on the various systems in your body. The following steps will effectively mitigate against exposure to these invisible compounds.

Xenoestrogens are virtually everywhere. They exist in meats, fruits, vegetables, household items, and personal hygiene products. Because they are usually colorless and odorless, they are difficult to detect by visual inspection alone.

We strongly encourage our readers to scrutinize the labels of whatever they purchase. You should also be wary of drinking continuously from plastic water bottles. Xenoestrogens interfere with the normal functioning of estrogen and can have harmful effects on the human body.

These adverse effects do not occur overnight, and instead, take years to develop. Recent evidence suggests that xenoestrogens play a significant role in the development of cancers, particularly prostate cancer. Although organic foods and glass/ceramic ware are more costly, the upfront cost of investing in these is significantly less than the long-term costs of poor health and cancer. 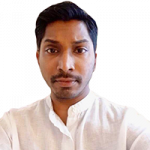 Highlights I'm a Medical Doctor and Health Informatician. I write regularly for websites that specialize in Health, Medicine and Medical Technology (Devices and Software). I'm currently enrolled for Post-Graduate studies at Harvard Medical School and Johns Hopkins Medical School. Experience Dr. Joel Rice is a medical doctor and health informatician with 5 years of experience in O&G, pediatrics, surgery and emergency medicine. He graduated with a medical degree from the National University of Singapore in 2014. He has worked closely with engineers and implementation consultants to achieve medical technology solutions that improve patient outcomes, enhance monitoring and protect patient privacy. Education M.D. - Medicine National University of Singapore, Singapore, Graduated 2014 Bachelor Of Medicine & Bachelor Of Surgery (M.B.B.S)