Home » How To Sleep With UTI Discomfort

However, UTIs are more common among women.

Furthermore, studies suggest that its prevalence increases with age, except for a spike that occurs in young women aged 18 to 24.

Thus, about one-fifth of older women live with a UTI, and 50-60% of women will develop a UTI during their lifetime.

UTIs are more common in women due to shorter urinary tracts. UTIs often tend to be chronic. Even with the best treatment, relapses are common.

It causes much discomfort, and therefore, a UTI may also cause sleep disruptions.

What is a UTI?

As already mentioned, the issue is more common in women due to a shorter urinary tract. The condition causes much distress, and it can be painful and annoying.

What are the symptoms of a UTI?

Before looking into various signs and symptoms of UTIs, it is vital to understand that the condition may also occur without many symptoms. Sometimes symptoms are pretty mild, and thus the difficulty to recognize the condition.

Some common signs and symptoms of UTIs are:

Does laying down make UTI worse?

UTI symptoms may change a bit during different times of the day. Thus, some symptoms may worsen during the night, while others may improve.

Generally, those living with milder UTIs infecting the urethra may not feel much while asleep and thus experience fewer issues.

However, for those living with more severe infections or cystitis, symptoms may worsen and become more noticeable at night. Additionally, in some cases, lying down may also stimulate the bladder, increasing the urge to urinate and thus making things worse.

Do UTI symptoms get worse at night?

Yes, UTI symptoms may worsen at night, though not in all cases. Nonetheless, they are quite likely to become more noticeable. Most people with mild UTIs may forget their problems during the day. However, at night, all becomes too noticeable.

Any health issue, including UTI, could result in difficulty in falling asleep. Urinary symptoms may also mean frequent awakening.

People go through multiple cycles of deep and light sleep at night. However, if one is living with UTI, the annoyance caused by a UTI may cause sleep disruption, and one may find it difficult to fall back asleep.

Similarly, during late night or early morning, when room and body temperatures fall, urine production rises. Again, this may cause sleep disruption and deterioration of the symptoms in many people.

Further, it is worth understanding that many people take medications in the evening that may help reduce symptoms and fall asleep. However, after a few hours, the effect of the medicine becomes less pronounced, and symptoms may worsen, causing issues.

Above are some of the reasons why UTI pain is worse at night.

4 tips to sleep with UTI discomfort

Adequate sleep is essential for good health. It is not enough to sleep for 7 to 8 hours a day; it is also vital to have a sound sleep. However, sleep is often disrupted in those living with UTI. Following some simple tips may help improve sleep quality.

What’s the best position to sleep with a UTI?

Avoid sleeping on the abdomen, as it will pressurize the bladder, thus causing more irritation.

If you like to sleep on your back, try to keep your legs a bit apart, which may also help reduce urinary tract irritation. Additionally, you can also put a warm water bottle on your abdomen, as this will ensure better relaxation.

If you like to sleep on the side, then lying on either side (left or right) is fine. However, sleeping in a fetal position with knees tucked into your chest may help reduce pain sensation and sleep better.

How to get relief from UTI pain at home

UTIs tend to reoccur in people, which is why natural home remedies have a special place in managing the condition. Below are some tips on how to relieve UTI pain at night, how to get rid of UTI discomfort when you sleep, or how to deal with UTI at night:

UTIs can cause much discomfort, and thus people living with the condition have many questions like how to relieve UTI burning fast, why UTIs hurt more at night, home remedies for UTI discomfort, how to relieve severe UTI pain, and more.

Here it is worth understanding that UTIs tend to reoccur, but with consistent use of over-the-counter medications and home remedies, one can manage the condition successfully.

Urinary tract infections are best treated with prescription antibiotics and prescription medications. However, their reoccurrence can be prevented best through non-pharmacological means.

Managing UTI is not just about getting rid of the burning sensation when peeing. It is also about treating bladder infections and bladder discomfort.

Certain sleep positions are better when living with UTI. Some lifestyle changes can also help relieve UTI discomfort when you sleep.

Peeing before going to bed, avoiding drinking water before sleep, and applying hot water bottles may all help provide much-needed relief when living with UTI discomfort.

UTI Diet: Foods To Avoid And Foods To Eat. 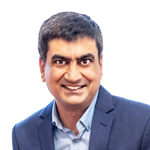