Robotic prostatectomy is a surgical technique to remove the prostate gland.

The prostate gland is located at the base of the bladder and can develop cancer.

Prostate cancer is the second most common cancer in men, and there were more than 1million cases in 2018.

Prostatectomy (including robotic and open surgery) is considered the most decisive way to treat localized prostate cancer.  However, it is associated with risks such as incontinence and erectile dysfunctions.

Though there are no drugs to prevent the development of prostate cancer, lifestyle changes such as diet and exercise can significantly reduce your risk.

Keeping your prostate healthy is essential if you want to reduce your risk of developing prostate cancer.

What is a robotic prostatectomy?

Robotic prostatectomy is a way to remove your prostate by a machine (robot).

It is a type of keyhole surgery (laparoscopic), performed in the abdominal area using small cuts. The surgeon uses robotic arms and the attached camera. It is precise and minimally invasive.

How does a robotic prostatectomy work?

The machine (robot) has two units; the patient and control units. The patient unit is positioned by the operating table and holds the surgical instruments.

The surgeon operates from the control unit, which provides a three-dimensional view of the prostate. This technique allows surgeons to perform complex surgeries completed without large openings.

In which situations is a robotic prostatectomy the best option?

Prostatectomy is suitable for treating prostate cancer before it spreads to other organs.

Prostate cancer is the second most common male-specific cancer in the world. Thus, it is not a surprise that robotic proctectomy is now readily offered in many clinics around the world.

Treatment decisions are based on disease stage, symptoms, and preferences. Your medical provider will discuss your options and the associated risks.

Localized prostate cancer, the predominant stage at diagnosis is majorly treated with radical prostatectomy, the surgical excision of your prostate gland. It is effective for controlling organ-confined prostate cancer, but there are associated complications.

Prostatectomy can be performed by open prostate surgery or minimally invasive methods like traditional laparoscopy or robotic-assisted laparoscopy.

Minimal-inversive techniques use keyhole incisions to insert surgical equipment and complete the surgery.  They are beneficial when there is a need to reduce wound healing complications.

Robotic prostatectomy is one such method, where the surgeon uses robotic-arms to make small and accurate movements during the operation.

Robotic prostatectomy is the best option for men with localized prostate cancer who want to speed up the recovery of urinary and sexual function after their prostate surgery.

What are the risks of robotic prostatectomy?

Like any major surgery, problems can occur during or after robotic prostatectomy.

Robotic prostatectomy is a relatively new technique and has skill-associated risks. The need for complex suturing capability and delicate maneuvering of the robotic arms increases the risk of complications.

The rate of complication during and after laparoscopic prostatectomy has been linked with the number of operations performed by the surgical team (Gonzalgo et al., 2005).

Compared to the traditional open surgery with well-defined long-term risks, surgeons only started robotic prostatectomy in the year 2000.

The risks of robotic prostatectomy and conventional laparoscopic prostatectomy are similar. However, the long-term patient outcomes in men who underwent robot-assisted surgery are not well defined.

The results show that both groups have similar levels of incontinence and erectile dysfunction after one year of surgery.

These results suggest that long-term outcomes for robotic prostatectomy may follow similar partners to open surgery and conventional laparoscopy.

A survey of men who underwent radical prostatectomy showed that two years after surgery, more than 50% of the participants still had issues with erectile function (Litwin et al., 2001).

About 35% of participants still experience some urinary function after two years. Studies have linked age with the rate of recovery. Younger men who underwent radical prostatectomy do better than their older counterparts (Litwin et al., 2001).

For more information on sex after prostate surgery click here.

How can you best recover from a robotic prostatectomy?

While side effects like incontinence and loss of sexual function are unpredictable.  Following your doctor’s discharge instructions can improve your recovery.

Strain to the weak scar tissue formed in the first five weeks after surgery can result in wound-associated complications.  Aim to reduce your physical activity in the first seven weeks. This will benefit your urinary continence and sexual function.

Thus, consuming vegetables and fruits will aid your recovery from radical prostatectomy. If you are unsure, talk to your doctor about your dietary needs.

What are the benefits of robotic prostatectomy?

The benefits of robot-assisted surgery are, in part, related to the use of a minimally invasive approach.

Indeed, the benefits of robotic prostatectomy compared to prostatectomy by open surgery include reduced blood loss and wound healing time.

How safe is a robotic prostatectomy?

Extrinsic and intrinsic factors modulate the outcome of prostate surgeries. For instance, the experience of your surgeon can predict the occurrence of complications. Laparoscopies share this link between the surgeon and the outcome.

The absence of standardized reporting guidelines makes it challenging to quantify all the safety issues associated with robotic prostatectomy.

A classification system has been developed to aid the reporting of surgical complications (Clavien et al., 2009).

While some of the safety issues are less severe, complications like anastomotic leakage may lead to mortality and require re-operation to resolve.

Fortunately, to date, cases have been pre-induction of anesthesia. Early system and mechanical failures present little risk to patients, and the risk is further reduced by strict policy on calibration.

How effective is a robotic prostatectomy?

Studies investigating the effectiveness of robotic prostatectomy show that it can remove cancers like other types of prostate surgery.

Coughlin and colleagues showed that men had an equal level of urinary incontinence and erectile dysfunction in either group (Coughlin et al., 2018).

These results are supported by a high-quality Cochrane analysis using randomized clinical trials (Ilic et al., 2018), which found no difference in complications.

However, you need to note that the risk of your cancer returning over long-term remains unclear because of the relative infancy of the technique and lack of long-term evidence.

What are other surgical options available besides a robotic prostatectomy?

Other ways of having your prostate removed include;

1.    Retropubic prostatectomy, where the surgeon assesses the prostate gland through an abdominal incision.

2.    Perineal prostatectomy performed through an incision between your testicles and anus.

3.    Conventional laparoscopic, which is similar to robotic-assisted prostatectomy and performed through a small abdominal incision (keyhole).

Your healthcare provider may offer you these alternatives depending on availability. However, the literature seems to show that outcomes are similar between open and keyhole prostatectomy techniques.

Radical prostatectomy is still the most decisive way to treat men with localized prostate cancer.

Robotic prostatectomy makes it easier to reduce damage to the surrounding blood vessels and nerves, increasing the chances of achieving urinary continence and sexual function. However, some men have a good outcome with less invasive surgery.

Researchers continue to test alternative remedies to reduce the risk of prostate cancer, which will, in turn, stop you from developing the disease and needing radical prostatectomy — however, there no definitive drugs to prevent prostate cancer.

You can make positive health choices to reduce your risk and avoid the eventual prostatectomy.

It is important that you know the risk factors for prostate cancer to be able to lower the risk of developing the disease naturally.

Though you cannot control some of these risks, gaining awareness of the role of diet and physical activity in prostate cancer provides you with a potent tool to reduce your risk.

There is evidence that a low-fat diet rich in fruit and vegetables can lower your risk of prostate cancer. Consider reducing your consumption of meats, oils, and dairy products.

Obesity is now the second-highest cause of cancer death after smoking. Studies have shown that lower daily calorie intake and regular exercise reduce your risk of developing prostate cancer. Aim to maintain a healthy weight through diet and physical exercise.

Which natural supplements will help improve your prostate health?

Heredity and the environment influence the development and progression of prostate cancer.

Thus, a healthy diet and natural supplements can enhance your prostate health.

Several natural agents with anti-cancer and antioxidant properties have been identified, including;

Many studies have been conducted to test the effect of lycopene supplements on prostate cancer risk, with promising results (Giovannucci, 2002). The full mechanism of lycopene’s modulation of prostate health remains unclear.

Crawford postulated that lycopene might be acting through its inverse association with insulin growth factor (Crawford, 2003), while some authors argue it is through tumor inhibition and differentiation of normal cells (Lu et al., 2001).

However, the most accepted theory is the antioxidant activity of lycopene, which can reduce oxidative stress-induced DNA damage.

2.    Vitamin D, a group of fat-soluble steroids that have been linked to prostate cancer development and progression.

Studies that randomly assigned men to vitamin D supplementation or placebo reported improvements in the prostate tumor in the vitamin D group compared to the placebo group (Posadzki et al., 2013).

Vitamin D can reduce inflammation and cancer growth by reducing reactive oxygen species. Besides supplementation, you can get vitamin D from the sun or fatty fish.

The observation supports the role of omega-3 fatty acids in prostate health that men with defects in one of the enzymes involved in fatty acid metabolism increases the risk of prostate cancer (Fradet et al., 2009).

For more information read our Guide to Prostate Supplements.

Untreated localized prostate cancer can develop to advance disease, spreading to your lymph nodes and bones.

Prostate cancer patients with advanced or metastatic prostate cancer have a poorer outcome compared to those with early-stage disease.

Indeed, early detection is an important determinant of the successful management of any cancer.

You should speak to your medical provider if you are concerned about the side effects of radical prostatectomy.

Your healthcare provider can implement an alternative prostate cancer treatment option that is suitable for the stage of your cancer.

This may include radiation therapy, hormone therapy, and watchful waiting and active surveillance.

Find out about Recovery After Prostate Surgery. 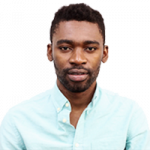 Highlights Dr. Anene has built software tools for predicting the risk of prostate cancer progression and mapped the immune cells in tumor samples. He has also published articles describing how different skin cancers progress to advanced diseases through changes in their DNA makeup. He believes that patient care should be evidence-based and personalized. Research into the molecular mechanisms that drive cancer development and progression allows him to act on his beliefs and provide a better way for disease management. Experience Dr. Chinedu Anthony Anene is an experienced computational biologist with over eight years of experience applying informatics methods to broader medical science research. For his PhD, he characterized the miRNA mechanisms underlying the deregulation of endothelial cell function by platelet microparticles in cardiovascular diseases. Following on from the above, he moved to Queen Mary University of London to perform research in cancer development and progression. He worked on the different aspects of cancer genomics and gene regulation in prostate and skin cancers. In his current role at London South Bank University and Queen Mary university, his current research is focused on applying novel computational approaches to multi-omics datasets to characterize the molecular mechanism of diseases (including cancer, cardiovascular diseases, and infectious diseases) and using such insight to develop new tools for patient management and therapeutics. Education Dr Anene graduated with distinction from University of Bradford, UK with a master’s degree in biomedical sciences. He completed his doctoral research in cardiovascular diseases and molecular biology at University of Bradford.