Home » Saw Palmetto vs Finasteride: Which Is Better?

Natural compounds have the tremendous potential to improve our health and wellbeing.

These compounds can treat or manage specific problems.

Saw palmetto is a good example.

You probably know it as one of the most popular ingredients in supplements that promote prostate health.

But are these natural compounds safer and more effective than medications?

In this case, is saw palmetto more effective than the most commonly prescribed medication for prostate issues – finasteride?

Which one is better and safer for you? Learn more about saw palmetto vs finasteride below.

What is saw palmetto?

Saw palmetto (Serenoa repens) is a shrub-like palm native to the southeastern areas of the United States. The tree can become as tall as 10 feet, and it develops torn-shaped leaves resembling a fan. The tree produces fruit, which is used for medicinal purposes.

For centuries, saw palmetto was used as a medicine to aid the management of various ailments such as cough, conditions affecting male and female reproductive organs, and other diseases.

Finasteride is a medication prescribed for the treatment of enlarged prostate and androgenetic alopecia (male pattern hair loss). It is sold under the brand names Propecia and Proscar.

While finasteride was first patented in 1984, it was approved for medical use in 1992. At that point, the FDA had approved it for the treatment of BPH only. Five years later, in 1997, the FDA also approved the use of finasteride to treat male pattern hair loss (1).

Finasteride was developed by Merck & Co, one of the biggest pharmaceutical companies.

Both finasteride and saw palmetto are used to manage prostate enlargement and hair loss in men. Below, you can see how saw palmetto vs finasteride compares to one another, especially in the management of prostate problems.

While finasteride and saw palmetto are widely used to manage prostate problems, studies comparing their effectiveness are lacking.

That being said, a review from the American Family Physician reported that saw palmetto has efficacy similar to that of medications such as finasteride in the treatment of prostate disorders. The review also confirms that compared to those medications, saw palmetto is less expensive and better tolerated (2).

Additionally, Reviews in Urology published a paper that showed that an extract of saw palmetto was equivalent to finasteride in the treatment of severe symptoms of an enlarged prostate (3).

A paper from Food Science and Technology confirmed the therapeutic potential of saw palmetto. It also emphasized the importance of improving the saw palmetto extract formula in studies for more consistent outcomes (4).

Finasteride is also effective in the treatment of prostate problems. Evidence shows finasteride treatment can reduce prostate volume by 20% and improve lower urinary tract symptoms. Although effective, the medication also causes side effects such as sexual dysfunction (5).

Similarities and differences between saw palmetto and finasteride

Both saw palmetto and finasteride are mainly used to treat hair loss and prostate problems.

Differences between saw palmetto vs finasteride revolve around potency. Generally speaking, finasteride is stronger or more potent in that a much lower dosage is necessary to exhibit its effects.

Unlike finasteride, saw palmetto requires a higher dosage. However, saw palmetto has a better safety profile and fewer interactions with other medicines.

Yet another major difference between saw palmetto and finasteride is that latter is prescription-only. You can’t get finasteride without going to the doctor first and getting a prescription for this drug.

On the flip side, saw palmetto is available in over-the-counter form, i.e., you don’t need a prescription. It’s sold as a dietary supplement. Sometimes it’s sold individually or combined with other prostate-friendly compounds.

Finasteride is only available in tablet form. Saw palmetto is more versatile. It is available as a supplement in tablet or capsule form, but it can be dried to make saw palmetto tea or eaten whole.

The most common method of use is the supplement form because it’s more easily accessible than other methods.

Benefits of each one

Saw palmetto has a wide range of benefits, such as:

On the other hand, benefits of finasteride include:

Side effects and risks of each one

Since saw palmetto may decrease blood clotting, men taking medications that also slow down blood clotting may need to avoid this supplement.

Some examples of these medications include aspirin, warfarin (Coumadin), heparin, ibuprofen, enoxaparin (Fragmin), and others.

If you’re taking these or similar medications, you need to consult the doctor before taking saw palmetto. Your doctor may say taking the supplement with a tweaked dosage is okay. One thing you should never do is adjust the dosages of other medications on your own.

When it comes to finasteride, the most common side effects include:

In some men, these side effects can be severe and persistent, i.e., they don’t go away on their own. In these cases, men should consult their doctor.

Finasteride can cause rapid weight gain in some people. Other potential negative effects of finasteride include skin redness, tingling in hands and/or feet, runny or stuffy nose, stomach pain, and testicular pain.

Sometimes, finasteride can cause serious adverse reactions. They include swelling of the face, lips, tongue, and throat, depression, and formation of lumps or painful sensations in breasts. Men who experience severe side effects of finasteride should see a healthcare provider immediately.

It’s also useful to mention that finasteride may increase the risk of high-grade prostate cancer, erectile dysfunction, and increased risk of male breast cancer. Some men may also notice a lack of orgasms due to finasteride (7).

This medication also has numerous interactions. It can interact with St. John’s wort, carbamazepine (anticonvulsant for treatment of epilepsy), rifampin (ansamycin antibiotic), and similar medications.

The effectiveness of saw palmetto and finasteride is comparable but at different dosages. That being said, saw palmetto exhibits more positive effects, and it’s safer for a person’s sexual function and hormone profile.

Finasteride elevates circulating levels of testosterone, which is aromatized to estrogens peripherally. For that reason, the use of this medication can impair hormonal balance and lead to higher estrogen in men.

Saw palmetto is easier on testosterone and may appeal to men who want to manage their prostate problems without lowering the concentration of this important hormone.

Saw palmetto and finasteride have the same mechanism of action. Saw palmetto works by blocking the activity of 5-alpha reductase, an enzyme that converts testosterone to its byproduct DHT (dihydrotestosterone).

This allows the body to hold onto more of the testosterone it produces and creates less DHT. The result of this action is delayed growth of the prostate. Or it can stop the prostate from growing.

It’s also useful to mention that DHT can regulate hair growth, which explains why saw palmetto is helpful for hair loss in men.

Finasteride also prevents the breakdown of testosterone into DHT. Although this action is supposed to increase testosterone levels, sometimes it can cause the opposite effect and cause estrogen excess.

Best time of day to take them

The best time of day to take saw palmetto is the morning before breakfast. But you can also take it before lunch.

Generally speaking, you can take finasteride with or without food. It doesn’t really matter when you take this medication during the day, as long as you take it regularly. 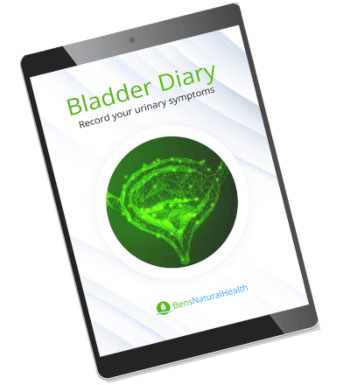 Research regarding dosages of saw palmetto is limited, particularly when it comes to the consumption of whole berries or steeping them to make tea.

In supplement form, saw palmetto is taken in dosages of 160mg to 320mg. For example, for treatment of enlarged prostate, you may need to take 320mg of saw palmetto split into two doses.

Like with other natural dietary supplements, there is no “one size fits all” rule here. The right dosage may depend on a person’s age and medical history. Every saw palmetto supplement comes with dosage instructions that you need to follow.

A similar situation is with the right finasteride dosage. The dosage itself and how often you take it depends on your age, condition being treated, the severity of that condition, other medical conditions a person has, and reaction to the first dose.

For male pattern hair loss, finasteride dosage (both generic and as brand name drug Propecia) is 1mg a day. For treatment of benign prostatic hyperplasia, finasteride is usually taken in a dosage of 5mg once a day.

Is saw palmetto safer than finasteride?

The safety profile is always a great indicator of one medication’s advantage over the other. In this case, saw palmetto is safer for users who struggle with prostate problems.

While the effectiveness of saw palmetto is comparable to that of finasteride, this natural remedy has a lower risk of side effects. On the flip side, many people who take finasteride exhibit various sexual problems such as erectile dysfunction.

Saw palmetto is well-tolerated and also more affordable. For men who want to manage prostate problems without side effects (especially those affecting sexual performance), saw palmetto appears to be a better option.

When it comes to their safety profile, it’s useful to mention that the U.S. court allowed the makers of finasteride to hide secrets about the risks of this drug. One of these effects is the severe impact on mental health.

How much saw palmetto is equal to finasteride?

Saw palmetto is not as strong as finasteride. That means a higher dose is necessary to achieve the benefits of saw palmetto. Although evidence on this subject is scarce, one study did compare the effectiveness of both medicines.

In the study, participants took 320mg of saw palmetto or 1mg of finasteride. Both treated hair loss effectively, but despite the higher dose, saw palmetto exhibited fewer side effects than finasteride (8).

More research on this subject is necessary, but generally speaking, 320mg saw palmetto is generally equal to 1mg finasteride.

Can I take finasteride and saw palmetto together?

Finasteride is on the list of possible interactions that saw palmetto might have with other medications. Other interactions include antiplatelet and anticoagulant drugs (blood thinners), oral contraceptives, and hormone replacement therapy.

Not everyone is bound to experience the negative effects of finasteride and saw palmetto taken together, but it doesn’t mean the risk is nonexistent. This is particularly the case when both have a similar mechanism of action.

Men who are taking finasteride should consult their doctor if they plan to use saw palmetto and vice versa. Your healthcare provider will inform you whether it’s safe to do so. For most men, natural herbal remedies are the best option.

As seen throughout this post, saw palmetto vs finasteride have several similarities and differences. Although both of them have a similar course of action, their effects aren’t identical.

More precisely, saw palmetto’s effectiveness is comparable to finasteride’s, but it is safer for use. Saw palmetto carries a low risk of side effects, whereas finasteride is more likely to cause adverse reactions.

11 Home Remedies for Prostate Issues That Are Side Effect Free.